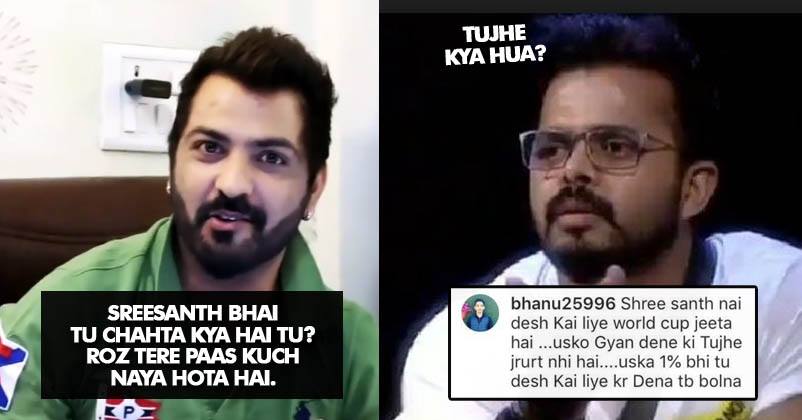 Bigg Boss is back with its twelfth season and from the very first week itself, contestants are in form. In fact, it won’t be wrong to say that this season is going to be one of the toughest ones, thanks to amazing contestants who have created a vibrant atmosphere inside the house since the beginning. Commoners appear to be better than celebrities and the same is with Jodis who seem to be stronger than singles. Even the host Salman said that commoners are being liked a lot by viewers.

One contestant who is constantly making headlines, mostly for wrong reasons, is the former Indian cricketer Sreesanth who has given people enough reasons to talk about him. Be it his verbal war with Somi, use of the word ‘upbringing’ and abusing Shivashish during the captaincy task, he has raised eyebrows many times. How can we forget his constant threatening to leave the house?

Well, this all has attracted a former Bigg Boss contestant Manu Punjabi to such an extent that he has released his review of Sreesanth on Instagram and YouTube. 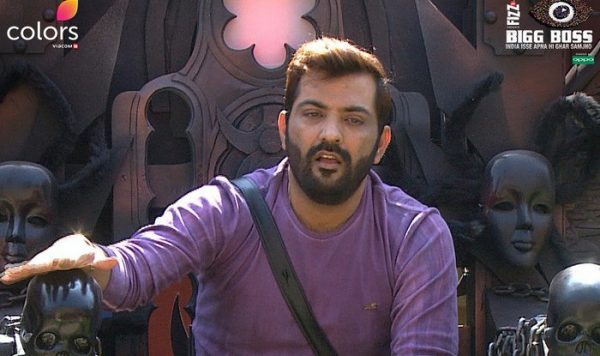 Just to inform, Manu has started his review show on YouTube and recently he tried reviewing Sreesanth’s behaviour and antics inside the house. He made an attempt to mock him and also gave him tips for improving performance. Not only this, he also took a jibe at his grammatical mistakes.

A number of people didn’t like Manu’s review and they trolled him mercilessly in comments. Here are some selected reactions: 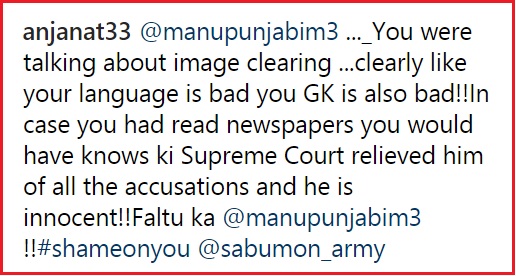 What is your opinion regarding Manu’s review? Let us know your views.

10 Most Subscribed Individual Indian YouTube Channels. Check Who Is On Top
Rakhi Sawant Said She Wants To Donate Her B**bs. People Are Trolling Her Left And Right