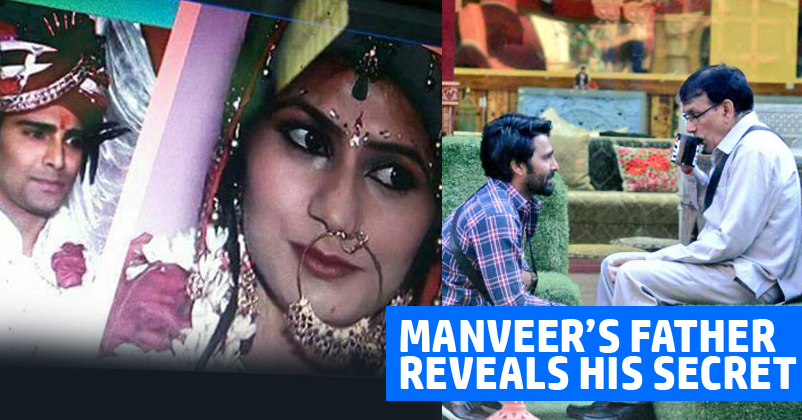 Manveer Gurjar, the contender of Bigg Boss 10 had won hearts of the audience in no time with his simplicity, honesty and personality; these are the reasons why he won the show. However, no one had the clue that he would soon be surrounded by so many controversies. Soon after the celebrations of grand finale were over, a wedding video of Manveer Gurjar went viral; yes, that 1 video took the internet by storm and fans went crazy. Moreover, his relatives gave confirmation of Manveer’s marriage, which was like adding fuel to the fire.

Post all this, Manveer took to social media and rubbished these claims. But wait; this was not it! Now, his dad has broken his silence about this matter and has confirmed that Manveer is not only married, but he has a 5 year old daughter as well. His dad, Maharaj Singh (56) said that the little girl is currently staying with them.

Talking about this, he said

“Yes Manveer is married. It happened three years ago, though Manveer wasn’t ready for it. But after one-and-half-years, Manveer and his wife started having certain problems. You know like the way it happens between husband and wife. I don’t know what, only Manveer can talk about it. But yes my daughter-in-law and their one-and-a-half-year-old daughter lives with us. In fact, he spoke about his marital status on Bigg Boss.”

However, this explanation is against that of Manveer; in one of the videos, he accepted that he was married to a girl in 2014 but the duo separated ways in 2014 owing to conflicts. Whom to believe now? Manveer or his dad? What’s your take on this? Do share your views in our comments section below.

5 Unbeliavable Transformations Of Indian Actors For Their Roles
Kaabil Won Hearts Of Pakistanis Too! Here’s How Much It Earned On The 1st Day!