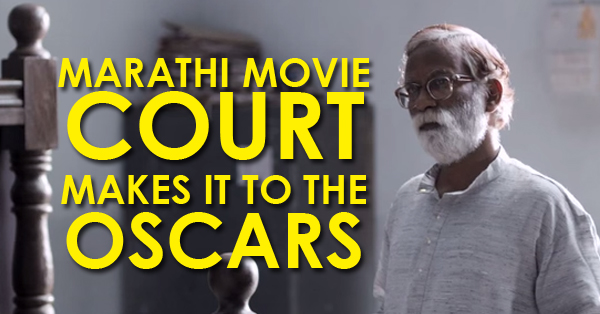 This probably is the first time that COURT is moving outside India and is waiting for the judgement. No!! I’m not talking about the Hon’ble court, this article is about a Movie in India’s regional Language which managed to win hearts of many and now is all set to win hearts abroad and make India Proud.
As the history speaks most of us who had this thought prevailing in minds that regional language movies are no good to match the standards of Hollywood & Bollywood, should change their way of looking at these regional language movies. One such language is Marathi & the Marathi Film Industry in the recent times had given the film industry numerous movies which holds the capability to face the movies made at a much much larger scale in Bollywood.
The movie today we are talking about is COURT which has managed to compete with many other movies which were made by better film makers and with huge funds to represent India in Oscars. Yes this Marathi Movie has made it officially to Next Years Oscars.
The movie is produced under the Banner ZOO ENTERTAINMENT & directed by Director Chaitanya Tamhane.

This Is How Every Men Should Be Taught: Virginity Is Just A State Of Mind
10 Paul Walker Movies You Have Probably Never Seen