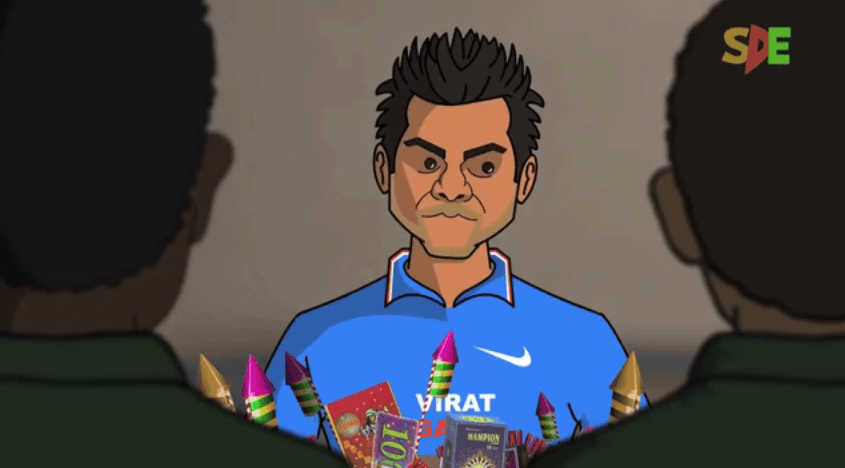 New Video By StarSports For India Vs SA Match – Mauka Mauka!! Worth Watch!!

Shudh Desi endings like always has come up with a spoof video featuring Virat Kohli & Anushka Sharma. Virat opens the door and replies in his own style to 2 South African veterans saying Mauka Mauka :D… Virat in turns start abusing and beating the South Africans with background music playing Thoka Thoka 😀
Just watch this video and we bet you will love it.

Did you like the video? If yes, then tag/share with your friends. Spread it so much that chokers SA will not dare to troll Indian fans again in future 😉

Two Guys Harassing A Woman In Public – Response They Got Will Shock You! Be A MARD, Not A Man
Top 20 Indi-Pop Songs That Will Rejuvenate Your Memories If You Are From 90’s