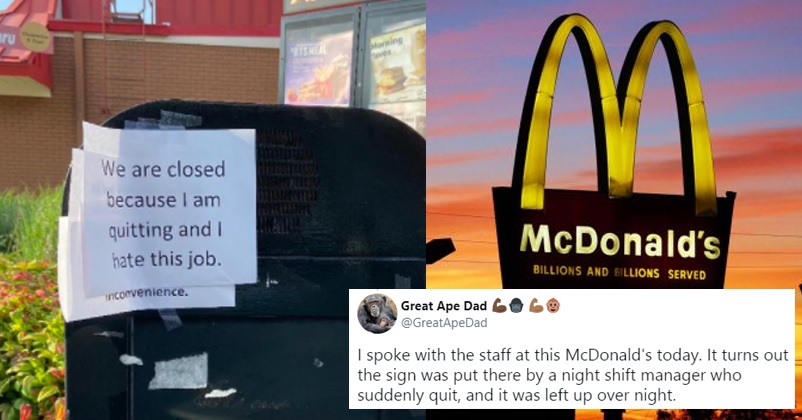 The whole world has crumbled due to the coronavirus pandemic as many people have lost their lives while some others have lost their jobs; many businesses were not able to survive in these critical times and some of the businesses resorted to laying down the staff and survived with less staff members at reduced wages. 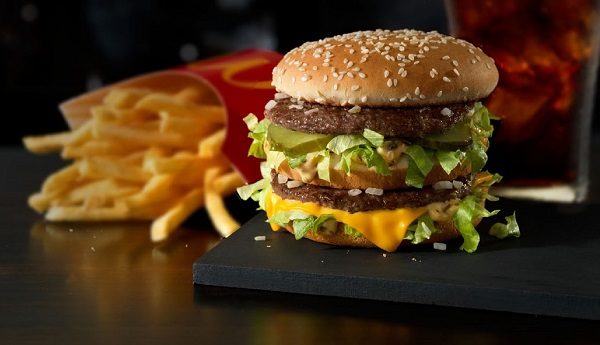 It won’t be incorrect to say that in this period, we all have become very concerned about our job because we know that if we lose this one, it will be highly difficult if not impossible to find another one. However, there comes a time when a person is not able to handle pressure as the workload has increased manifold but the salary has been the same as earlier, if not reduced.

A couple of days ago, a McDonald’s employee quit his job and he also pasted a note on the drive-thru of the fast food chain outlet which read, “We are closed because I am quitting and I hate this job”. 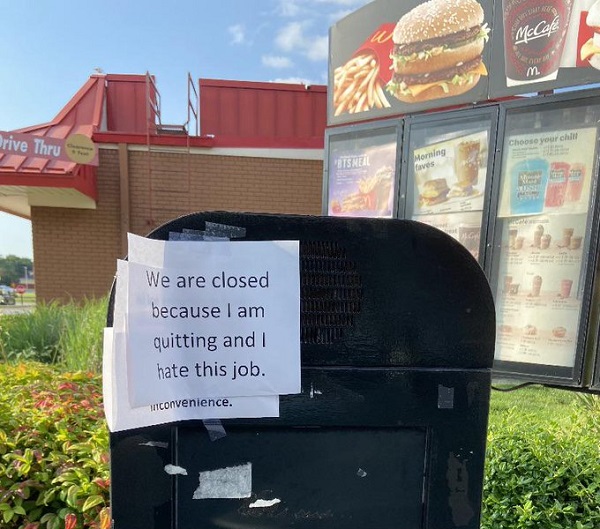 This was shared by a Twitter user with the photograph of the note and when he enquired about it, he got to know that the night shift manager quit his job all of a sudden and before leaving, he put up this note which was there all night.

Seen at our local McDonald's pic.twitter.com/InhWzowlVm

I spoke with the staff at this McDonald's today. It turns out the sign was put there by a night shift manager who suddenly quit, and it was left up over night.

The language of the note clearly tells that the night shift manager was frustrated with his job as he has clearly written that he hates it.

Soon, a discussion started on the micro-blogging site Twitter which was all about the pressure and problems faced by employees of the hospitality industry, especially in the times of the coronavirus pandemic. While some narrated their own stories, several others gave their opinion on this matter. Check out some of the selected reactions:

Feels. I manage an auto shop. Ten bays. We have 1 technician. I'm a manager and I've been working on cars for months. I dont even get paid to work in the back.

that's what happens when u treat workers like shit

Wait, did they seriously have a shift of ONE PERSON at an entire mcdonalds such that one person quitting mid-shift shut it all down?

I'm willing to believe that, but my goodness, the sheer amount of neglectful staffing involved…!

Whoever walked off from that crap is great!

I don't even blame them, food service treats their employees like dirt, understaffs to meet labor goals, and are only concerned with making their daily sales retention

Can’t blame them, working in fast food really does suck. For all the crap we have to put up with isn’t worth the money we are paid.

I don’t blame them at all. This is a thankless job and I was miserable every day for the three months I lasted at it.

They should start making drive thrus like ATMs, you pull up to that shit and punch your own order in. Then all they really need is the cooking staff

I've seen three managers quit abruptly since I started working at my fast food job in January, none of them left signs though.

i’m surprised i put up with it for 10 months. just about every month there was a entirely new set of people at the job because so many people were quitting. i’ve had a lady throw a big mac at me because she was trying to get free food and we told her no lol

Close them all. The food is garbage just like the customer service. And despite how much you’re paid that doesn’t give people a right to be rude unprovoked. 👎🏾👎🏾