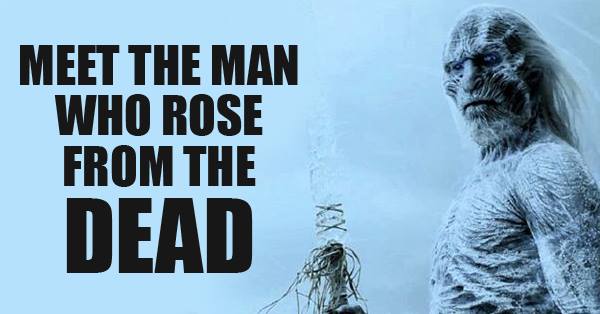 The Indian bureaucracy is capable of committing even impossible acts, for instance, pronouncing a living man as dead. In 1976, Lal Bihari from Azamgarh, Uttar Pradesh went to apply for a loan as he was planning for setting up a handloom business but he got a rude surprise when he was told that as per the legal documents, he was dead and his land had been distributed among his cousins. Despite his repeated attempts, the government officials were not in mood to take any action in his case which prompted him to take various steps to prove that he is alive and kicking….. Lal Bihari became a kidnapper to prove that he is alive and kidnapped his cousin Baburam. It was Baburam’s family members who paid bribe to government officials for declaring Lal dead but as Lal Bihari knew nothing about kidnapping, he used to take Baburam to theatre every day and watched movie. No police complaint was lodged by the family so he returned his cousin to family. Lal Bihari paid bribe to a police official for filing a false case of indulging in riots on him but as the official came to know of his real intentions, he returned the bribe. Demanded Widow Pension for his wife:

As Lal Bihari was dead in the eyes of law, he applied for widow pension for his wife which unfortunately was denied on technical grounds. Held a protest inside UP assembly:

When Lal came to know that an MLA has raised his matter in the assembly, he held a protest outside assembly but when he realized that a protest inside the assembly will have more impact, he managed to get “visitors pass” and shouted “Mujhe Zinda Karo” until the Marshals threw him out. Stood in elections against two PMs:

In an attempt to gain publicity and attention, he fought Lok Sabha elections against Rajiv Gandhi (Amethi) and later against V. P. Singh. This attempt helped him a little as media people were writing about him now. He set up Mritak Sangh which means Association of Dead and surprisingly at present, this Mritak Sangh has 20,000 members. In 1994, his efforts paid and an inquiry was ordered by the Tehsildar after which he was pronounced alive.

OMG! You Would Not Believe The Amount That Was Spent On PM Modi’s Foreign Travel !
Find A Prime Number With 1 Billion Decimal Digits And Win 1.6 Crore Rupees! Not Kidding