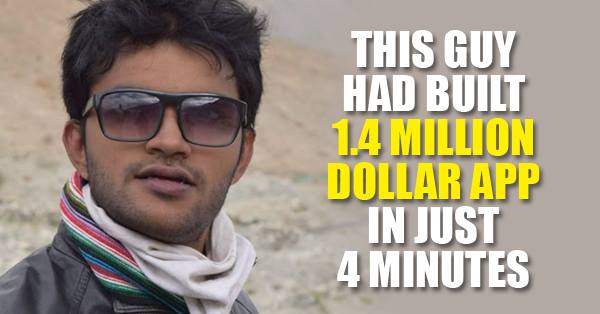 Everyone knows that Blue Chip firms demand huge amount for making apps and something of this sort took place with the multinational IBM. The technology giant was approached by the US government airport security for making an app, not a complicated one. It was just meant to intimate ‘left’ and ‘right’ to the travelers and distribute them in two queues at the security checkpoints.

However, the multinational felt the heat when the same app was made by a former employee of IBM, Sandesh Suvarna in just 4 minutes, and to add salt to the injury of IBM, he made it live also and recorded it on YouTube. This proved how unreasonable was the amount charged by IBM for the app. Sandesh completed his B.E from NMAMIT, Nitte and pursued his M. Tech from SJCE, Mysore.

Chances are high that now IBM’s competitors will call Sandesh!