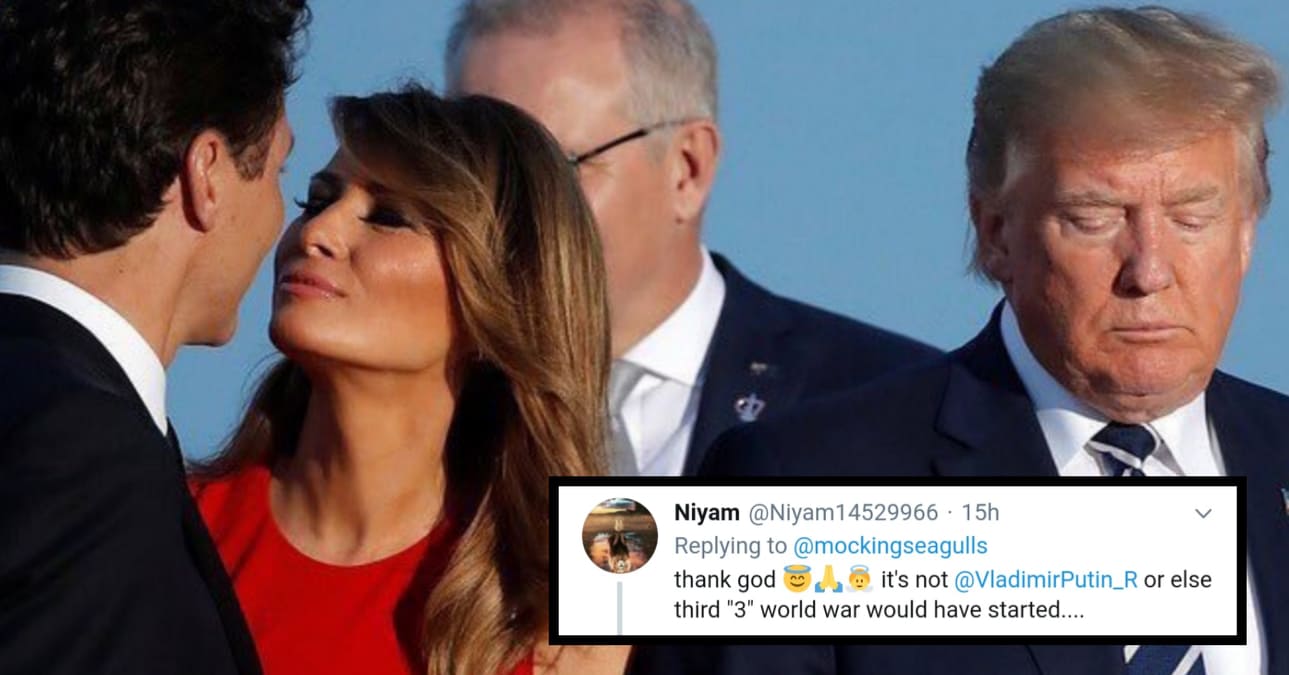 A photo of Melania Trump wife of Donald Trump and Canadian PM Justin Trudeau is going viral on the internet. The photo is from the G7 summit in France and it has started a trend with hashtag #MelaniaLovesTrudeau.

This photo was clicked when the summit was concluded and leaders with ther spouses came together for a group photo. In the photo, the First Lady of the US can be seen giving a customary two cheek kiss to the Canadian PM. 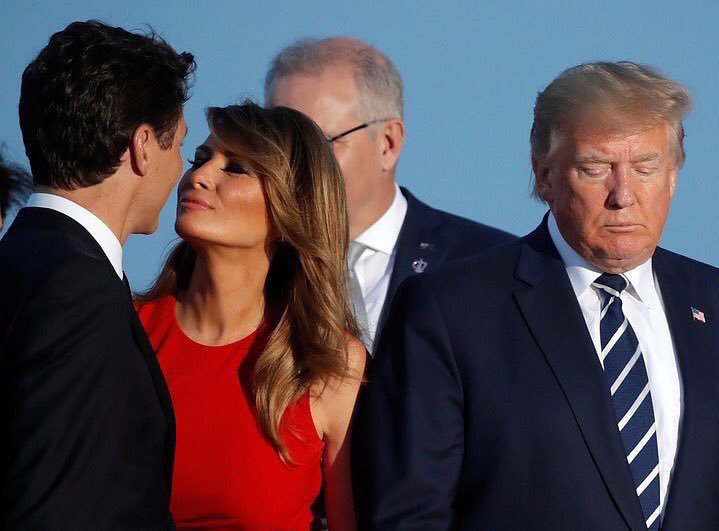 A formal and conventional cheek kiss went viral on the social media and thousands of people liked, shared and commented on the photo. The picture also invited jokes and memes and people jokingly commented that Melanie looked happier with Justin than she does with Trump.

Here are some of the best jokes and memes from Twitter.

The Canadian people will pay dearly for this …. fear the wrath of the Donald!

Compare @JustinTrudeau with this: pic.twitter.com/VCbdBWqq0E

She looks more happy kissing Trudeau VS her own husband!!!

Melania looked the happiest she's ever been since being seated next to #Obama at Bush's funeral. pic.twitter.com/m3UTWKbiPl

With all due respect to both leaders, her facial expression indicates she has just be liberated from a 20 year curse. Love heals.

I see sanctions and tariffs coming our way 🇨🇦 🇺🇸

A Funny Banter Between Herschelle Gibbs And Alia Bhatt Will Leave You In Splits
This Man’s Paragliding Video Went Viral On The Internet, Netizens Can’t Stop Laughing