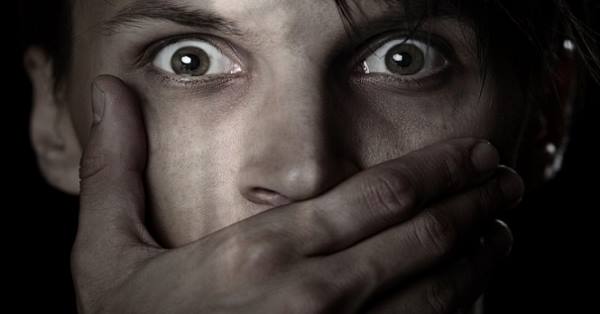 Men are aforethought as the love making culprits every time something bizarre happens in the country. Incontestably girls are the ones who are victimized most of the time. But how many of us know that 19 to 31 percent of male college students experience some or the other kind of unwanted explicit encounter and the majority of which is perpetrated by women? No one does. Why? Blame it on the conventional and stereotypical thinking which makes a man ever parched for love making and women ever reluctant, averse and laggard against love making.

Women are being raped everywhere and that the system always fails is an ever expansive global agreement. But do we ever realize that along with the system, the victims are failing too? If any coercive sexual proceeding happens we, beyond our control, start acknowledging the woman to be the victim. Most of us can theorize that men might get raped but in reality we find it an absurd and a humorous hypothesis, unless it’s a movie where a woman is whacking the butt-cheeks of a guy and you’re like “This guy should be thankful to the woman”.

Men performing sexual acts on a passive woman, who’s like not in her senses or something, has let to so much of a tumult which is quite valid and justified, am not abrogating. But who is out there to addresses the exploitation that men go through every other minute?
If the victim is a man, all of the tumult converts into a joke, and that is the reason why the victimized men won’t speak up and stand for themselves, because it’s always the “guy’s fault”. Almost next to none cases are made known to the police fraternity against a woman sexually exploiting a man’s privacy.

First of all no one believes their story of being assaulted by a woman, like most of the people who are reading this. Secondly, they are made to feel ashamed of themselves for not being able to parry off a woman. Many would perceive them as gay and question their masculinity.

These 5 reasons stop men from reporting the exploitation that they go through perpetrated by women:
1. They fear getting slut shamed, which actually happens with guys too.
2. People won’t believe it, which they really don’t.
3. Society treats it as a joke
4. The social media plays on you like they do on a football, kicking and pounding.
5. Their masculinity is challenged

Girls, right from the beginning of the time, are asked to remain modest and be gingerly around men, which gives an idea of women being the gatekeepers to love making. On the other hand, boys are assumed as having constant innate pleasure desires all the times, and this particular stigma makes it impossible for common people to believe in phenomena such as the one we are talking about. While intimidating behavior by women is considered romantic and seductive, the same coercive behavior is considered aggressive when portrayed by men, which reinforces the stereotype of men being the barbaric brutal beasts who just want love making.

Why do people find it so hard to put this together? Men TOO get sexually assaulted by women. A 2003 study has evidently stated that 58 percent of college men had been pressured for love making after saying no by their female acquaintances. The women involved, what we called, ‘post-refusal tactics’ which includes repeated touching, sentimental handling and blackmail, intemperance and foul play. In a 1985 survey, 10 percent of men reported inappropriate physical assault by women at the University of South Dakota.

“She came over, from nowhere just to talk. She started getting close. I pushed her several times. I resisted and said I didn’t want to do it with her. She pounced on me. I gave in” described a 16-year-old student.

Another guy describes a woman locking him inside her room, while the guy was drunk, and then she did what she intended to do.

“It was our first day in college. We were alone in the physics lab. She grabbed my genitals and threatened me that she would not let go if I don’t penetrate” told another guy.

“SAD STATE OF AFFAIRS” that’s what I call it

Men again will not always describe the whole incident precisely, if at all they do, because of the gender constraints and the stigma of men being the stronger love making who can easily fend off a woman.

We talk about justice. But this is not justice in any sense of the word. Let the men speak up. Stop the stigma. Treat men and women equally. Remove sexism. It’s not always the girl, who is the victim, boys get victimized too, but there is no one to address their plight. Stop this injustice.

What Would Superheroes Have Done In Their Real Life
Student Gets Shot In The Rampage, Posts A Selfie Of Himself Before Going To The Hospital