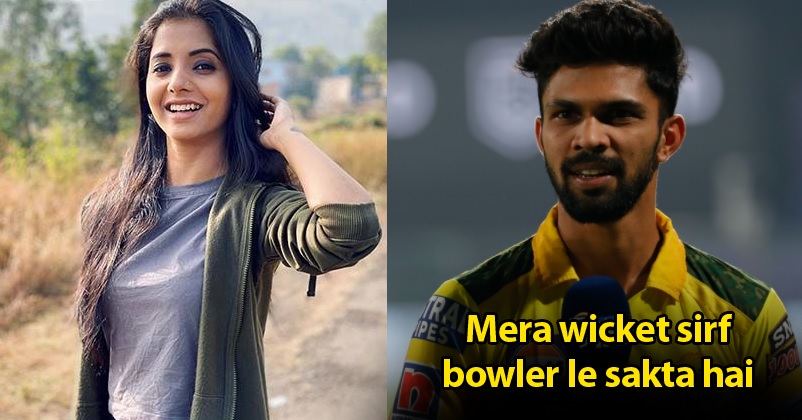 Ruturaj Gaikwad, the Chennai Super Kings cricketer who plays for Maharashtra in domestic circuits, had a decent IPL 2021 and he has certainly shown the spark about which MS Dhoni talked in the IPL 2020. Just like other cricketers, Ruturaj is also active on the social media networks and recently he made headlines when he liked the photos posted by the Marathi actress Sayali Sanjeev. 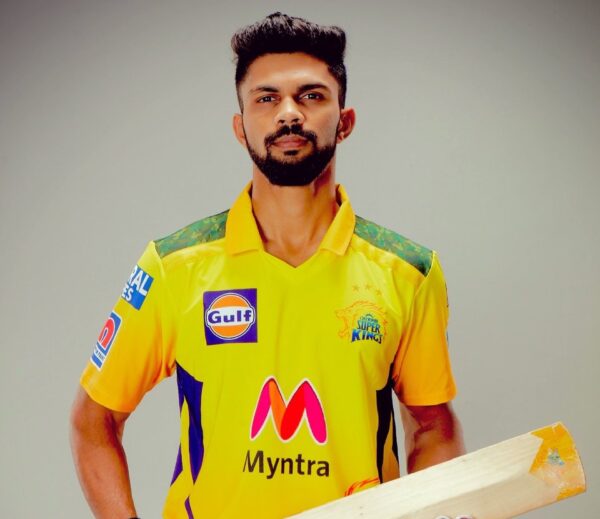 Sayali shared some of her pics on her Instagram account and Ruturaj commented “Woahh” in admiration. In return, Sayali also posted some heart emojis. Soon this banter was noticed by the media persons and some of them started speculating a love affair between two of them. 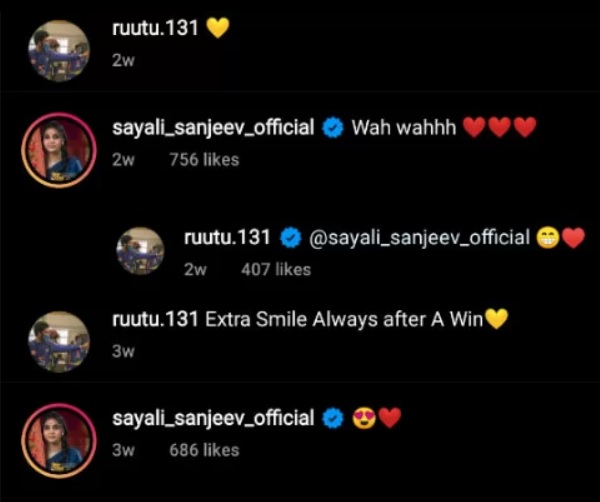 Before this rumour could gain momentum, the CSK cricketer chose to put an end to them by making a post. His post was in the Marathi language and it meant that only bowlers can pick his wicket, that too clean bowled and not any other person (“Mera wicket sirf bowler le sakta hai”). He also added that whoever wants to understand has understood. 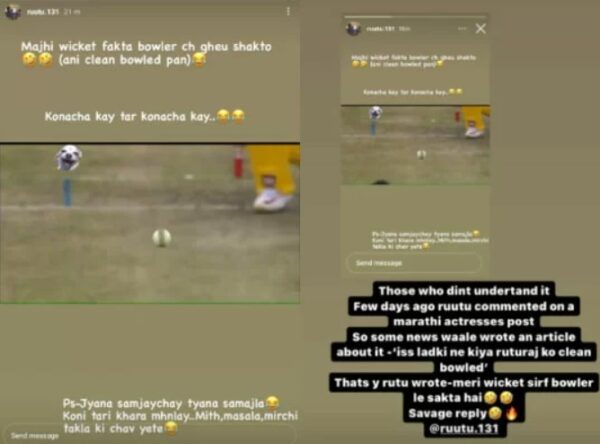 With this post, Ruturaj has clearly stated that there is nothing between him and Sayali Sanjeev.

As far as Sayali Sanjeev is concerned, she is a very popular actress of Marathi television and in the year 2016, she was also awarded with the Best Actress Award by Zee Marathi. The actress who is best known for her role in Marathi serial Kahe Diya Pardes has also worked in quite a few endorsements of some good brands. 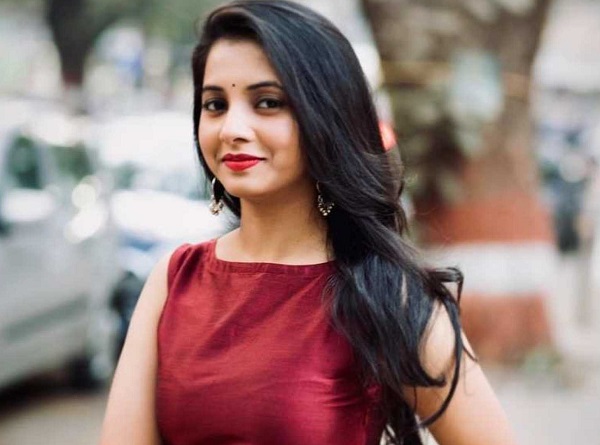 Ruturaj made couple of half-centuries in the IPL 2021 before it got postponed due to COVID-19. In the seven matches that he played, he scored 196 runs at an average of 28 and strike rate of 128.94.

Media persons are always in a hurry to create stories, aren’t they?