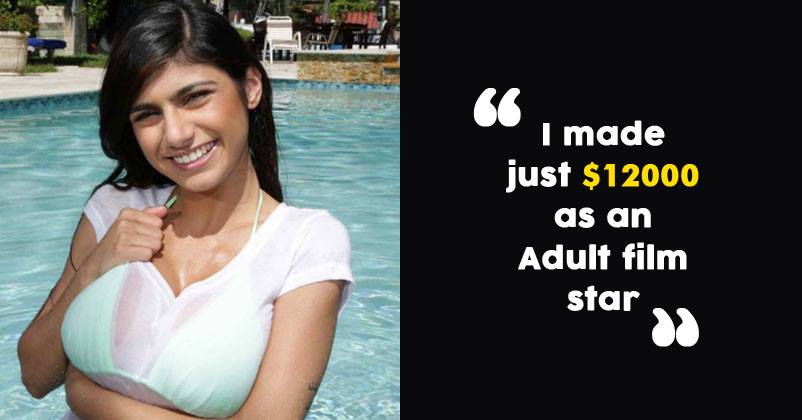 Mia Khalifa is quite a popular celebrity, thanks to her short stint as an adult movie star. Despite the fact that she has worked as an adult film actress just for three months, she is one of the most famous adult actresses of all times.

It is a common perception that these actors earn quite a huge amount of money but what Mia has revealed in an interview can shatter the belief of many. Mia says that people think that she has earned millions by working in the adult industry but the truth is that she has earned only $12,000 (Rs 8.5 lakh) in three months. She also said that finding a normal job after quitting the adult industry was scary. 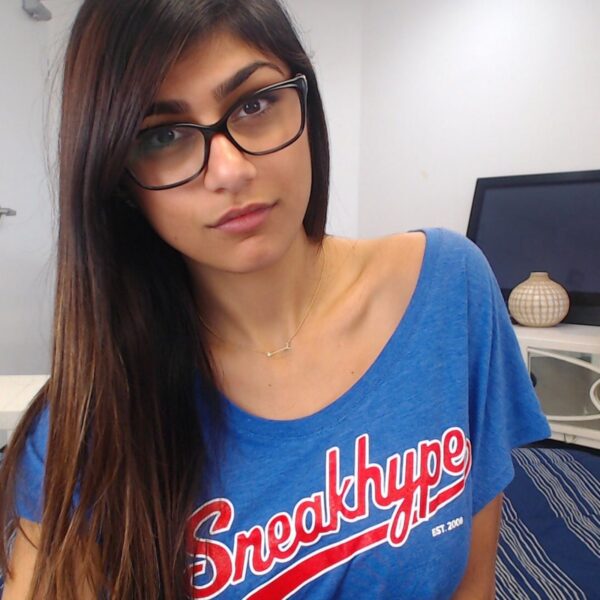 She clarified that she was never promised millions and she herself never expected as well . She is also surprised by the fact that even after leaving the industry 5 years ago, she is still ranked as one of the favourites.

Check out the tweets of Mia Khalifa:

To clarify, I was never promised “millions”, nor do I expect it. I’m just clarifying common misconceptions about me, and in turn, about the industry.

Presently, she works as a sports journalist for a show but her revelation about her earnings from the adult industry has started a debate on Twitter as people are not able to believe it.

Mia Khalifa: I've only made a total of 12k in the industry.

All the mandem she gave uck to: pic.twitter.com/NeYgU0FXNS

So Mia Khalifa violated the hijab and got banned from her home country for $12,000? pic.twitter.com/QJuQ0OcamY

Mia Khalifa was so proud when she swerved Drake but she only got $12000 from her videos??? 😭 pic.twitter.com/ztVe5oteiV

Mia Khalifa ONLY made 12k off ALL those videos pic.twitter.com/zZxxYGL8Zt

Mia Khalifa: Can i have my paycheck?

mia khalifa only made 12 racks her whole career? pic.twitter.com/4ZbB6ViufJ

mia khalifa: I only made 12 racks in my whole career

Me trying to figure out Mia Khalifa only made 12K. pic.twitter.com/wPhhlnc2Xy

Mia Khalifa: “I made 12K my whole career”

Mia Khalifa only made $12000 after taking all that bbc up the ass? pic.twitter.com/Zx4NvWMASY

Mia was one of the most watched adult stars but she left the industry after she started getting intimidation for working in a movie in which she wore a hijab that is wore by Muslim women.

When she was asked as to what made her join the industry, she said that she didn’t know what she was thinking, adding that she was just 21 and might be dumb as well. But when she started getting popular, she realised that this is not what she wanted to do, so she quit the industry.

What is your take on Mia’s interview?

Zomato In Trouble Due To Religious Issues, Hindu & Muslim Delivery Boys To Go On Strike. Here’s Why
Pak Minister Asks Punjabis Army Men To Deny Duty In Kashmir, Punjab CM Has A Reply For Him