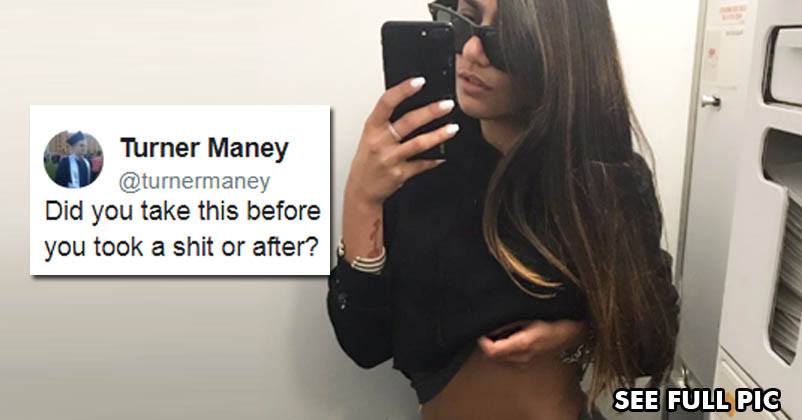 If you are confused with the definition of hotness, you must see the pics and videos of Mia Khalifa. If you are already a crazy fan of hers, you would know how she melts your hearts with her posts.

Every now and then, Mia teases her fans with her sizzling hot tweets; sometimes she trolls NBA stars while sometime she trolls marketing directors. Everything that she shares is received with love and excitement.

In fact, her fans always want to see something new coming from her; it’s obvious, guys just can’t get enough of Mia. They want more and more, LOL. This time, the superstar has shared a pic from a flight washroom and to our disbelief, it’s “Decent”. God knows what made her share such a different pic; if you are her follower, you might be knowing how her posts usually are.

Check out her latest pic; 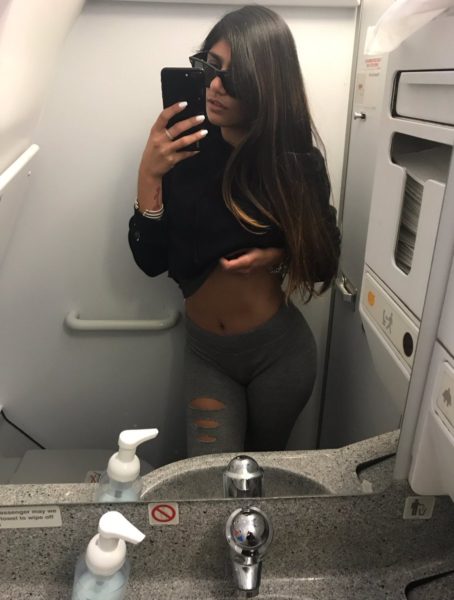 As soon as she shared this selfie, people went crazy and came up with funniest comments. Check them out;

Your pants are giving Wi-Fi!

Your pants out here giving you wifi? pic.twitter.com/eqR0b5a837

I would fight a bear!

I swear I would fight a grizzly bear for you

Imagine boarding and finding this Vixen in the seat next to you. YES PLEASE..!!!!

Before shitting or after shitting?

Did you take this before you took a shit or after?

This should not be allowed!

What do you have to say about Mia’s new pic?

It’s Confirmed! Shraddha Kapoor To Star Opposite Prabhas In “Saaho” & Fans Are Disappointed
10 Most Insulting Messages That People Received On Sarahah! This Is The Limit!