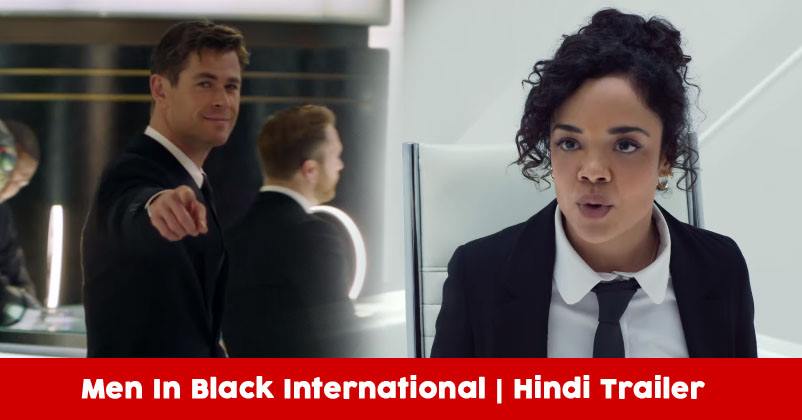 The Dangal girl Sanya Malhotra and Gully Boy actor Siddhant Chaturvedi have given their voices to the Hindi version of Hollywood film Men In Black International. The Hindi trailer of the film released just a while ago and it is hilariously action-packed.

The trailer starts with Sanya and Siddhant all dressed up as MIB agents. The Hindi version of the film is equally interesting and the dialogues initiate laughter. The trailers have dialogues like “apne jaisa koi hardich nahi hai” and “Apna time aa Gaya” referring to Gully Boy rap songs.

The first official trailer of Chris Hemsworth and Tessa Thompson starrer dropped in months ago and got fans all excited about the science fiction action comedy film. Men In Black International also stars Liam Neeson, Emma Thompson, Rebecca Ferguson, Kumail Nanjiani, Rafe Spall, and Les Twins in supporting roles. The film is a spin-off from the Men in Black series and it has been directed by F. Gary Gray.

The Hollywood film is scheduled to release on June 14, 2019, by Sony Pictures. The film will release in two more Indian languages, Tamil and Telegu.

Remember The IRCTC Guy? He Comes Back With A Reply, Only To Get Trolled Again
10 Legendary Bollywood Filmmakers And Where Did They Come From