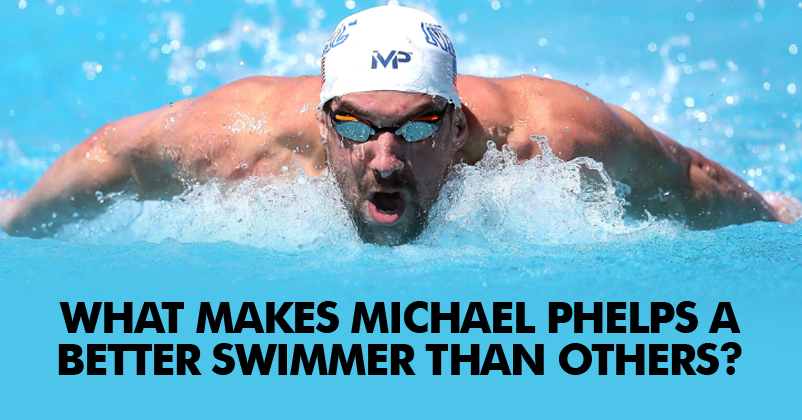 As I have stated in my earlier articles that Olympics is not about winning medals but its all about representing your country and making it proud of you for your hard work and dedicated performance. Each and every single athlete tries his best to make his country proud. But nature has a rule. Everyone can’t come at the 1st place. There is always just a single winner ( Relatively). At the end of the day all athletes are the winner. They are the ones who won the hearts of their people. Michael Phelps is one of the finest, fittest and the most fierce swimmer that the world has ever seen. His records breaking abilities and habits has helped him to become the number one swimmer in the world. And the result of his hard work and dedication can be clearly seen in the past Olympics records where he has bagged 26 medals by breaking many world records. Out of those 26 medals, 22 medals are GOLD. Last night, Michael Phelps broke another record of holding the maximum GOLD MEDAL by clinching his 21st Gold Medal in the 4x200m freestyle relay at the Olympic Games in Rio de Janeiro.

So basically he is like Virat Kohli of swimming. This comparison may help some people.

When you are at the highest peak of your career, some losers will always bring in some ridiculous rumors to defame you. Many a times there have been allegations of doping, but Michael Phelps came back clear without a hitch. So apart from considering the level of his dedication and hard work, some of our users on Facebook asked us to write an article on different aspects that makes him different from others. So here I am and I will be discussing some of the key few factors that helps Michael Phelps to have an edge over others. On doing research on Internet, it was found that Michael Phelps’s arms extend upto 80 inches (203 centimeters) from tip to tip whereas and his body height measures in at 76 inches (193 centimeters). Now in case of most of the people, height normally corresponds closely to the distance between their outstretched hands. Now this extra reach helps Michael Phelps to cover more distance by reaching out his arms which is on contrary quite long than his counterparts.

Also it should be noted that Michael Phelps is double jointed. It is reported that while taking the dive he can bend his ankle up to 15 degrees which is more than most other swimmers. This angle turns his feet into virtual flippers. Also he used his double jointed elbows to generate more downward thrust into the water. And after that he uses his long arms to whip back around his body and back to the starting position at top of the stroke. Apart from his body’s physical dimensions and the advantage that they serve, the chemical composition of his body is also one the key reasons for his endurance. When a human body exerts itself up to the rim of its limit, the body starts producing a chemical compound known as lactic acid which causes fatigue and brings in pain. Thus body requires rest period. However, it is surprising to note that Michael Phelps body’s produce almost half of the lactic acid as compared to his rival’s body. And this helps him to recover within minutes which indeed helps him to win Golds in quick succession of time.

Here is is diet plan.

For an average person, it is advisable to consume just 2000-2200 calories per day, whereas Michael Phelps consumes almost 6 times the average person’s daily calories. Well, the kind of workout plans that he execute day and night, 12,000 calories are indeed something that he must consume to maintain his physique and not loose weight.

But apart from his body’s physical and chemical characteristics, it is his dedication and hard works that helps him to do something which seems so UNREAL for many of us.

Watch This Video Of His Historic Win in Rio Olympics 2016

I hope that I was able to answer your questions and if you have any more relevant information regarding this topic, please feel comfortable to share it with us in the comment section below.