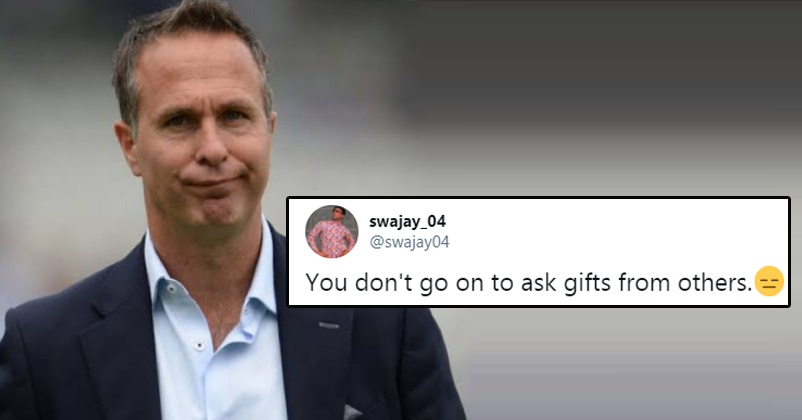 Michael Vaughan, the former England cricketer, is known for being very critical of the Indian cricket team and now once again, he has taken a dig at the Indian squad after it lost the first test match to the England side by 227 runs. 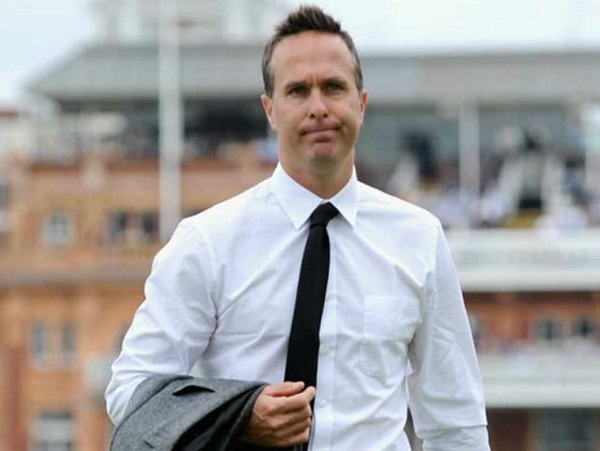 The English cricket team was on the tour to Sri Lanka before coming to India and there they defeated Sri Lanka by 2-0 in the 2-match test series. In the first test match against India which was played at Chepauk stadium, Chennai, the visitors were far superior to the hosts from the day one. The England skipper Joe Root who was playing his 100th test match played a brilliant knock of 218 runs and helped his team in posting a huge total of 578 runs in their first innings.

The England bowlers were also bang on target as they bundled out the whole Indian team for just 337 runs which gave a good lead of 241 runs to England. Though the England team was not able to score much in the second innings as they were all out for 178, they still gave a pretty good target of 420 runs to the Indian side. In response, the hosts were all out for just 192 and consequently, England won the first test match by 227 runs. 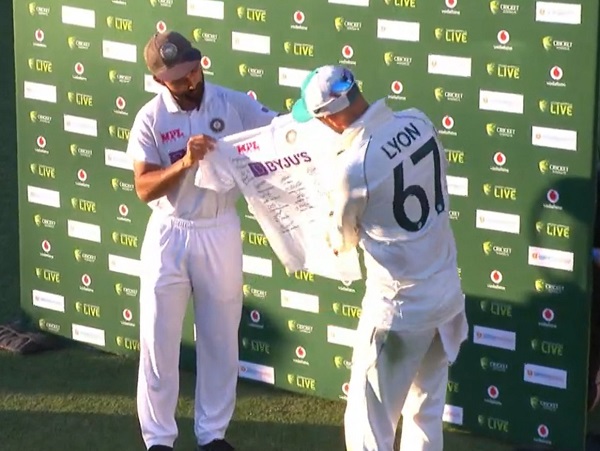 Michael Vaughan wrote, “India gifted @NathLyon421 a signed shirt for his 100th Test at the end of the Gabba Win … Did @root66 receive one today after the loss ?? Not sure if it happened? Can anyone confirm ?”

India gifted @NathLyon421 a signed shirt for his 100th Test at the end of the Gabba Win … Did @root66 receive one today after the loss ?? Not sure if it happened ? Can anyone confirm ?

This certainly was not liked by the Indian cricket fans and they again did what they have been doing for quite some time now, i.e., trolling Michael Vaughan mercilessly for unnecessarily targeting the Indian team every now and then. Here are some of the selected reactions:

Dude @imVkohli helped @root66 when he got cramp and it was the first test India gave the signed jersey to @NathLyon421 after the last test of the series, And dude team India give respect to their opponent and that is more important than any signed jersey😊 https://t.co/eVRYacYjdw

He will recieve it after india win the series 3-1 .

They gifted him the test match instead https://t.co/aAMHuu28qJ

Mr Vaughan being Mr Vaughan as always,Plz spare us from the wit and sarcasm.Just watch the game mate and be blessed you are in india.The exact land which suffered for centuries by your own.#Respect is earned not begged

Kohli helped Root when he cramped. That's better than any signed jersey. I can confirm that.

We have gifted him win in his 100th test what would u expect more than this?

Mr. Vaughan, plz try to spare positivity for the profession which has given you such fame & resources to write such hatred comments sitting in a comfortable place. Be little mature as loss & win are part of the game. What matters is how gracefully you accept it. Love from 🇮🇳 😊

We have kept it ready. Will handover after we win the series 3-1.

such a toxic words from former cricketer , that was last match of the series ; @root66 will also get at the end of series , but dont beg early, already english people loot indi a lot #EngvsInd #INDvENG https://t.co/KDDixeydtj

India will give root a signed t shirt .. let India win the series .. and then will return u the favour .. don’t b too sarcastic sir .. India always known for come back .. and b prepare for solid come back in next test

No, nothing of that sort happened today… As they have decided to give signed shirt to @root66 on fourth test after winning the series. 🙂 https://t.co/trqw5b1uWw

It should be earned don't beg for it..It was rahane and it was last match of the test series.. Typical England mindset..Looks like white wash prediction virus has entered your body again..This time not only words you may have to eat mirchi too..

They gave him the test match in plater and you are talking about a Shirt . Huuh !! https://t.co/2pMXlOBw1Y

It will be interesting to see what team India’s strategy will be in the second test match and what all changes it will make to attain the victory!