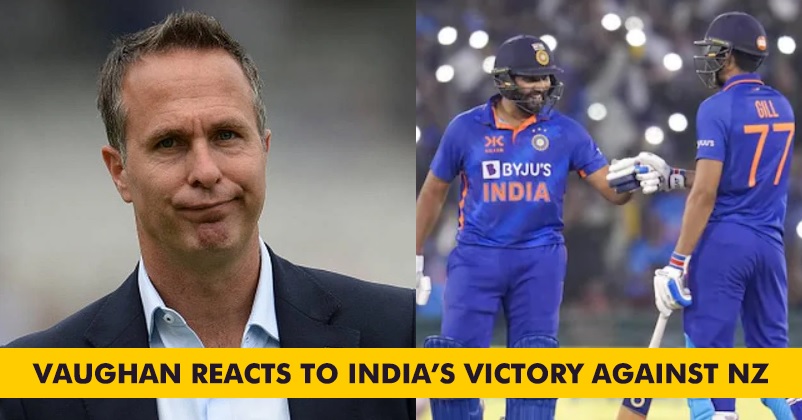 The Indian cricket team whitewashed the New Zealand cricket squad in the 3-match ODI series by winning the third and the final match which was played yesterday at Holkar Stadium, Indore, Madhya Pradesh. India performed in an exemplary manner in this series and dominated the visitors in all the three matches, while the batters laid the platform for India’s victory in the first and the third ODIs, in the second ODI, the Indian bowlers were literally on fire as they wrapped up the Kiwis at a small score of just 108 runs. 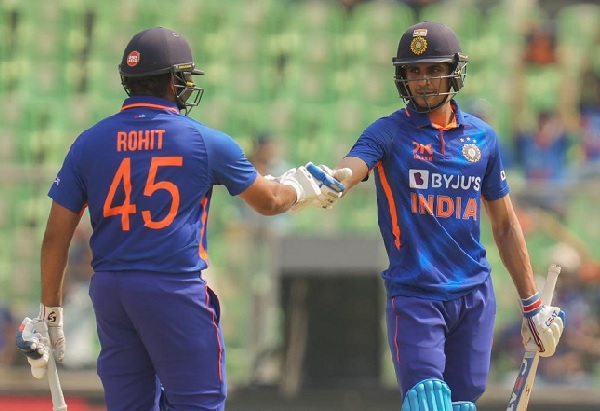 After India scored 385/9 in its stipulated 50 overs with the help of centuries by openers Rohit Sharma and Shubman Gill, the former English cricketer Michael Vaughan who is known for being critical towards the Indian cricket squad took a jibe at the team by tweeting, “India finally committing to playing One day cricket the aggressive way makes them Red hot favourites to win the men’s World Cup this year .. #INDvNZ”

India’s record of performing in the bilateral series has been quite well in the last few years but it has failed in the multi-nation events and many fans fear that if things don’t improve soon, India will be called the new chokers of the world cricket.

As far as the third ODI is concerned, the toss was won by the Kiwis and they chose to bowl first but this decision turned out to be wrong as the hosts put up a huge score of 385/9 on the board. 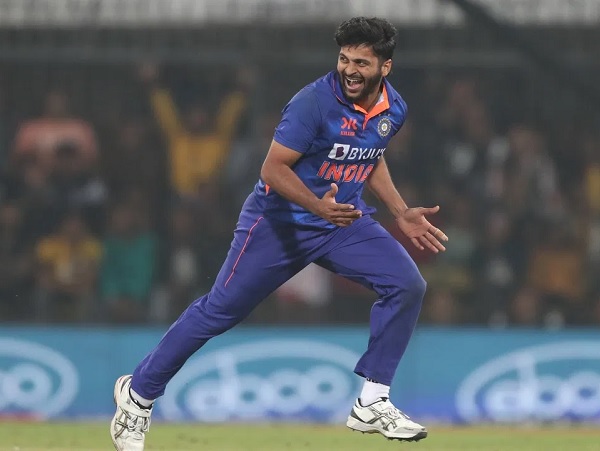 In response, the Kiwis lost their opener Finn Allen in the first over of their innings; however, Devon Conway (138 runs, 100 balls, 12 fours & 8 sixes) and Henry Nicholls (42 runs, 40 balls, 3 fours, & 2 sixes) not only stabilized the innings but also kept the score card ticking. There were some contributions by few other Kiwi batters but they were not enough when a team is chasing such a big target and the whole Kiwi side got out for 295 runs in the 42nd over. The Indian team won the series after winning the third ODI by 90 runs, while Shardul Thakur won the Player of the Match for his superb all-round performance as he took 3 wickets and scored important 25 runs, Shubman Gill was the Player of the Series for his awesome performances throughout the series.

Great performance team India and hopefully it will perform in the same manner in the ICC ODI World Cup 2023 which will take place in India later this year.

Virat Kohli & Shubman Gill Had A Friendly Exchange On The Latter’s Post, Fans Will Love It
“Since MS Dhoni, Days Of Specialist Wicketkeepers Are Gone,” Says Rahul Dravid