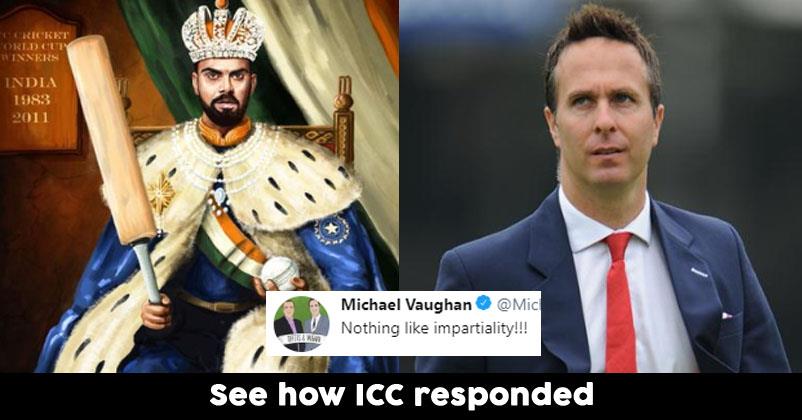 ICC recently shared a pictorial representation of Virat Kohli dressed like a king with a bat and ball in each hand. The picture was making rounds on the internet and liked by masses. However, England skipper Michael Vaughan did not like the picture for obvious reasons and made a sarcastic comment on Twitter.

ICC’s reply which got Vaughan to burn, got viral on Twitter and people have more to say to him. Read what-

Looks like the Hammer which fell on Nesamani head, also fell over Michael Vaughan !!! 😀

Much needed for Vaughan 😂😂

Twitter Is In Splits Because Of The Sketch Of Kohli-Rahul Mix Portrait Made By ICC
ICC World Cup 2019: AB de Villiers’ Offer To Come Out Of Retirement Is Rejected By South Africa