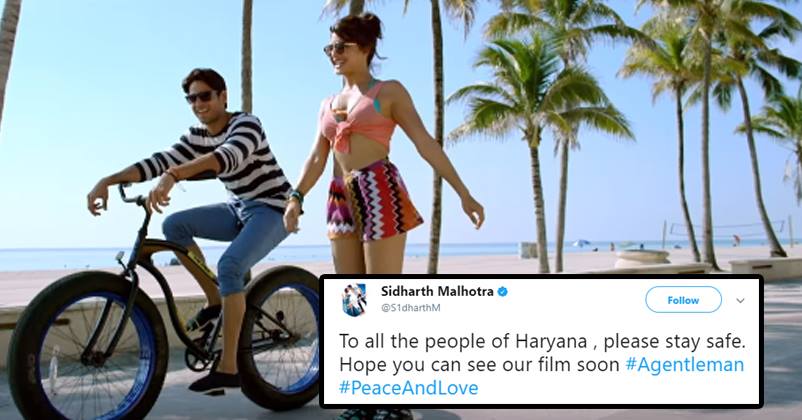 In between all the chaos and disturbance in Haryana, Punjab & Delhi due to Panchkula court’s judgement against Gurmeet Ram Singh, Sidharth Malhotra’s latest film A Gentleman got its theatrical release. 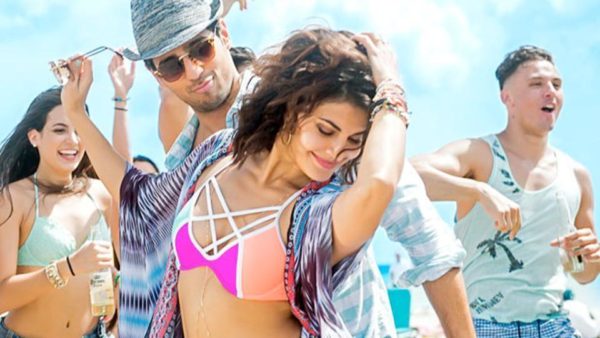 A Gentleman is a major Bollywood film released in theatres after spending a lot in making and promotions. Worried about the fact that the situation in these cities will affect A Gentleman’s numbers, Sidharth Malhotra tweeted-

The tweet didn’t go well with people who found it mean and selfish from all angles. Within no time, he started getting criticised for promoting his film in this situation. Here’s how people reacted-

R u really so stupid

I am planning to go to #Panchkula just give me the movie in phone. I would love to watch it between teargas and bullets.

There Are People Dying And All You Care About Is Your Movie?Are You Really That Stupid Or Just Acting?#RamRahimSinghhttps://t.co/PngYo4xn9u

Did you seriously just try to plug a film via this disaster? Play it back in your head and tell me it wasn't an idiotic thing to do.

But soon Sidharth clarified that he tweeted before the verdict and the situation was not that tense at that moment.

Its really sad to see the situation worsen since morning and see people in Punjab and Haryana suffer.Love and prayers.

Its really sad to see the situation worsen since morning and see people in Punjab and Haryana https://t.co/u8TeWwEaW0 and prayers.

To people who are commenting on my morning tweets,they were made before the verdict ! Thoughts n prayers

To people who are commenting on my morning tweets,they were made before the verdict ! Thoughts n prayers

We think Sidharth was not being insensitive here. His intentions were not bad and it was just the timing that went wrong.

However, he must not think about his film at this moment. He will do a lot of films in future, but those people who are dying in Haryana will not come back and the loss of their families cannot be recovered. Let’s just pray for the peace.

Continue Reading
You may also like...
Related Topics:Sidharth Malhotra

Mika Singh Posted A Tweet in Support Of Gurmeet Ram Rahim, Gets Trolled
Rape Was Termed As “Pitaji’s Maafi” At Dera! Didn’t Hear Anything More Disgusting