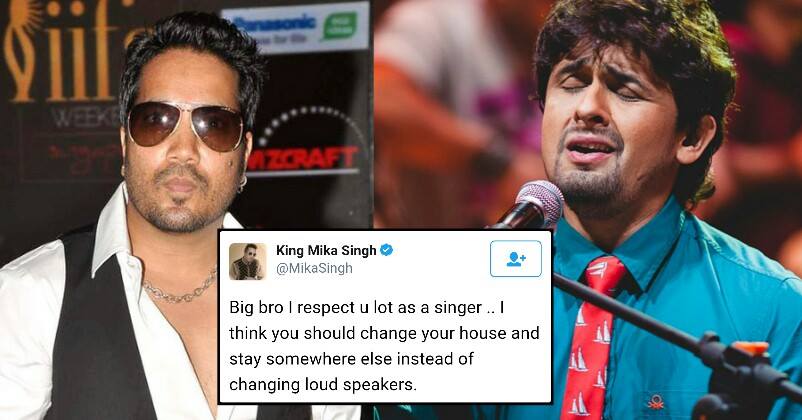 Sonu Nigam’s Azaan row is getting more intense and dramatic each passing day. The singer made a comment on the morning Azaan that hampers sleep and got slammed for his tweets for being communal and directed towards one particular religion.

The singer later clarified that he is against the use of the loudspeaker in mandir or mosque. A fatwa was issued against Sonu Nigam, where Maulavi challenged anyone who will make Sonu Nigam bald will be awarded 10 Lakhs.

Sonu Nigam himself got his celebrity hairdresser Aalim Hakim to do the needful and got his head shaved. He trolled the Maulavi openly in front of the entire media and demanded the reward of 10 Lakhs.

Now the latest comments come from his own colleague from the industry and it is none other than the singer Mika Singh.

Well, Mika Singh slammed Sonu Nigam for his comments on Azaan and expressed his views on Twitter. Well, Mika Singh surely has the right to express his views just like Sonu Nigam. We wonder how people will react to his opinion and views.

We hope these social media debates don’t affect the personal relationships. After such controversies, we are pretty sure celebrities will become very careful with expressing themselves on any public platform.

Do you think reactions on such views are too extreme? Comment and let us know.

This Actress Faked Her Kidnapping! Twitter Users Blasted At Her & Called It “Cheap Promotion”!
Divyanka Tripathi Tweets In Favor Of Sonu Nigam! She Has A Short Yet Meaningful Message!