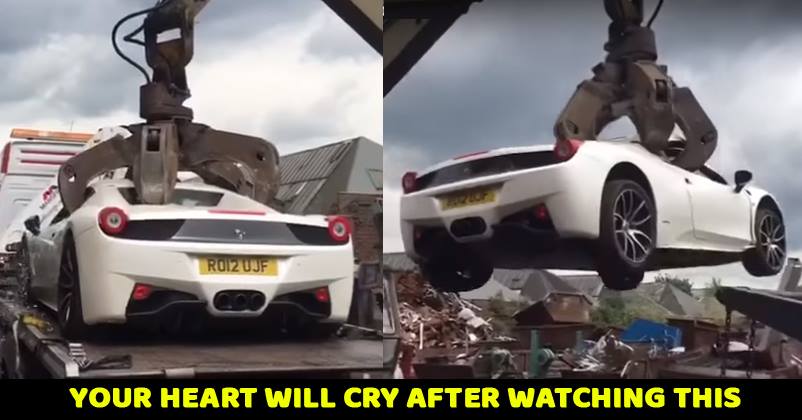 Most people around us including me can’t afford a basic Maruti car. And we clearly understand how hard it’s to afford everything that we have been able to own so far. We keep our daily utilities like our children and can’t see anything bad happening with them.

Can you imagine, what this man must have gone through when he found his 3 crores worth Ferrari 458 Spider supercar crushed by the UK Police?

Zahid Khan – A UK based millionaire parked his supercar illegally while appearing for a court case and before he could realize, his car was brought into a disastrous state by the local Police. 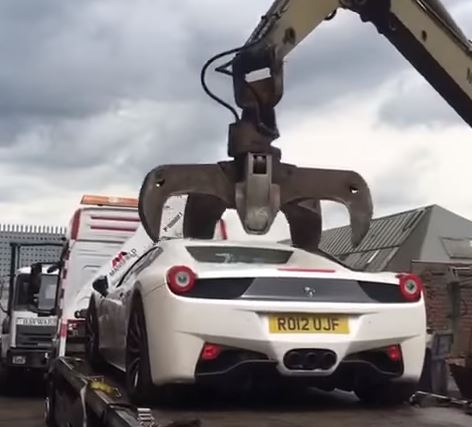 As per Indiatimes, the action was taken by Police because they were under the impression that it was a stolen car. It was not insured and was classed as un-roadworthy after being repaired following an accident.

Talking about the same Zahid said-

“My car was insured. I was the owner. They went behind my back and removed a court order that was imposed on the car without notifying my self or my legal team.” 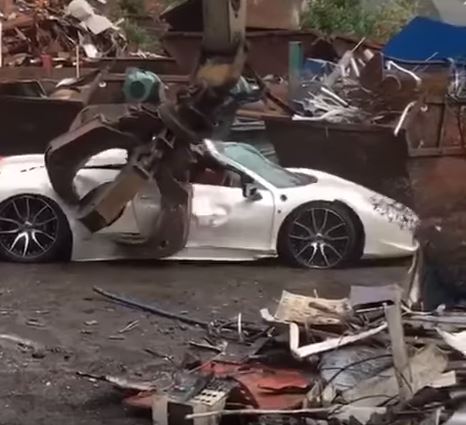 Well we don’t know the real truth but this makes us sad. Watch the video below-

Continue Reading
You may also like...
Related Topics:UK, World

Delhi Woman Loses Bitcoins Worth Rs 41 Lakhs. Think Twice Before Investing
Tiger Zinda Hai Is Banned In Pakistan. What This Pak Salman Fan Did Is Smart