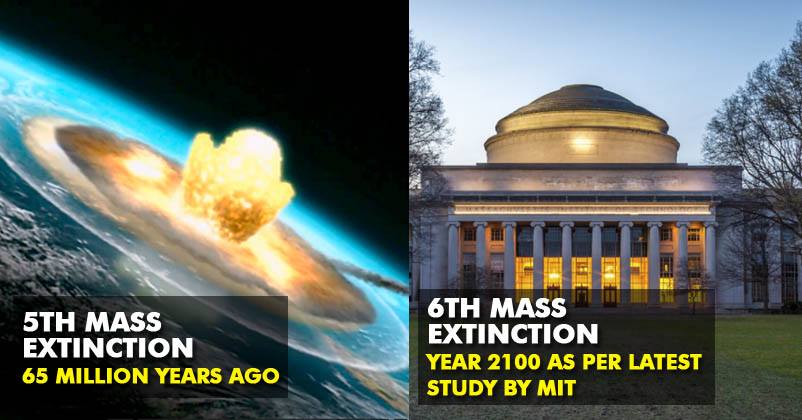 In the 540 million years of the Earth’s age, it has gone through a lot. There has been a list of natural disasters which destroyed a large part of Earth’s original existence. 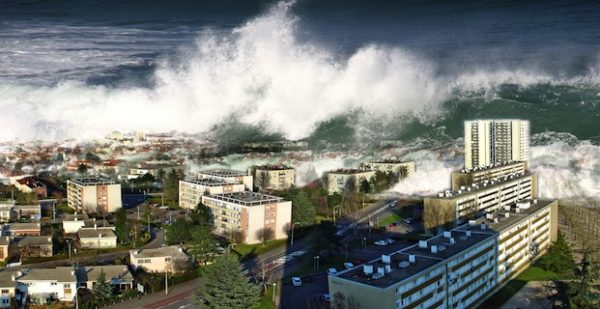 We consider Tsunami, earthquakes, floods and volcanic eruptions as devastating which no doubt they were, but if see millions of years back, earth has faced far bigger disasters. These disasters have caused not hundreds or thousands of deaths but mass extinctions.

Yes, as per the studies as much as 5 mass extinctions have occurred on earth so far and it’s now heading towards its 6th one.

If the latest study by a Massachusetts Institute of Technology (MIT) professor is to go by, earth will face its 6th mass extinction by 2100 which means in next 92-93 years. Have a look at the timeline of previous mass extinctions-

439 million years ago, this was the first mass extinction ever happened on the earth. The blow was so hard that 86% of life on our planet was wiped out. The major reason behind such a large extinction was that nobody must have been aware or ready for it.

It occurred around 364 million years ago and wiped out 75% of the earth’s species. There is no clear information about whether the Late Devonian extinction was one single major event or spread over hundreds of thousands of years.

Trilobites, which survived the Ordovician-Silurian extinction due to their hard exoskeletons, were nearly exterminated during this extinction. 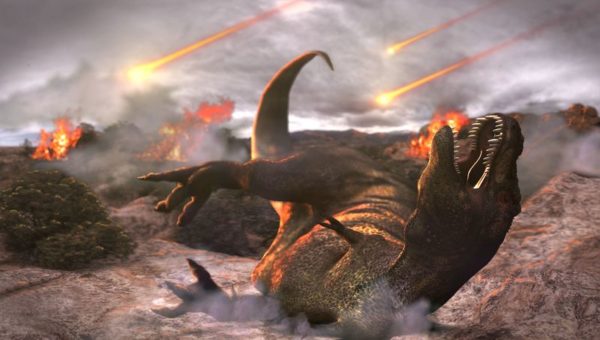 Life today descended from the 4% of surviving species. After this event, marine life developed a complexity not seen before and snails, urchins, and crabs emerged as new species.

The Triassic-Jurassic extinction happened between 199 million and 214 million years ago. The blame has been placed on an asteroid impact, climate change, and flood basalt eruptions. During the beginning of this era, mammals outnumbered dinosaurs. By the end, dinosaurs’ ancestors (archosaurs) reigned the earth’s surface. This extinction laid the path that allowed for the evolution of dinosaurs which later existed for around 135 million years.

Cretaceous–Paleogene extinction (End of the dinosaurs)

It is the most well-known of all the masse extinctions. The end of the Cretaceous-Paleogene brought on the extinction of dinosaurs. A combination of volcanic activity, asteroid impact, and climate change effectively ended 76% of life on earth 65 million years ago. This extinction period allowed for the evolution of mammals on land and sharks in the sea. 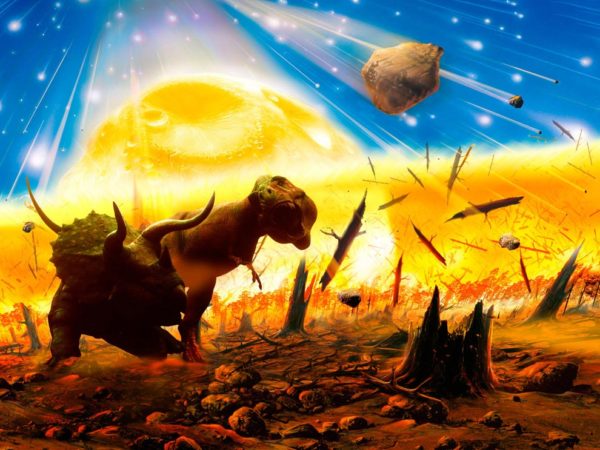 And the next – Holocene extinction

Professor Daniel Rothman has concluded that the carbon emissions are mainly responsible for such mass extinctions and have increased significantly in the 19th century.

He analysed that 310 gigatonnes carbon is required to lead Earth to its 6th mass extinction, which is likely to happen by the year 2100.

According to Rothman, the entire process will take about 10,000 years. Ecological disasters like these cannot happen in a short span.

“If left unchecked, the carbon cycle would move into a realm which would be no longer stable, and would behave in a way that would be difficult to predict. In the geologic past, this type of behaviour is associated with mass extinction.”

Continue Reading
You may also like...
Related Topics:Mass Extinction

Patanjali’s Acharya Balkrishna Becomes India’s 8th Richest Man, Beats Ambani In Growth Rate
This Singer Was Detained At The Airport For Looking Too Young Compared To Her Passport Age