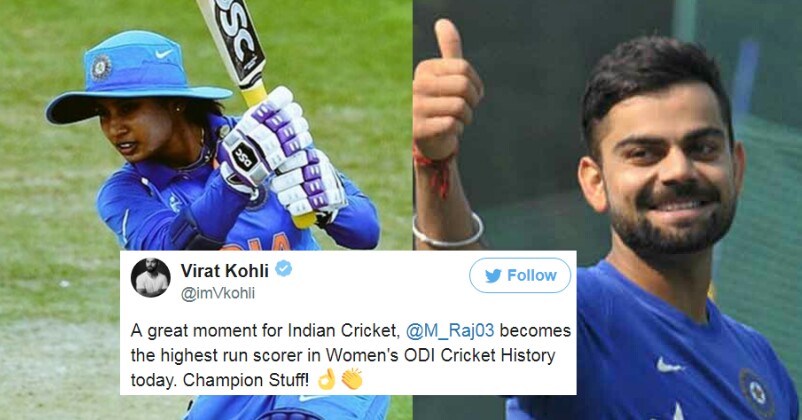 Today, Mithali Raj has proved that she is a run-machine. She has made India proud by registering a new world record on her name; the Captain of Women’s Cricket team has broken Charlotte Edwards’ (England) record to become the leading run-getter in women’s ODIs.

Looks as if England tournament has proved to be lucky for Mithali; she smashed this record today in her match against Australia. After today’s match, the total number of runs in Mithali’s kitty is 6028. With this, she has also became the first woman to score 6000 runs. 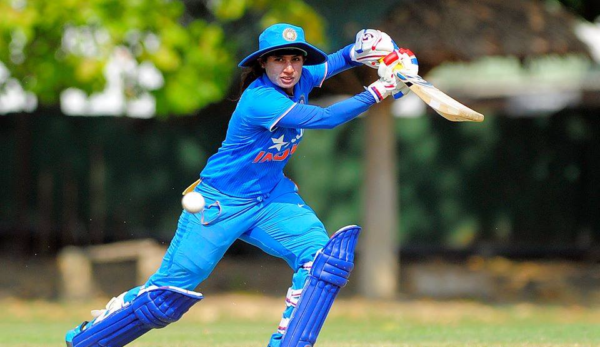 Charlotte Edwards was on the first position with 5992 runs and Mithali Raj was just 33 runs short. In today’s match, Mithali made it possible and got whistles and applauds on her 34th run. We can proudly say that our Indian lady is on top of this prestigious list.

Her cool and calm attitude is what has made her achieve this feat; remember the way she was reading a book before batting? This difference has led her towards victory. Cricketers congratulated Mithali for creating history in Women’s cricket.

Have a look at tweets…

Congratulations to #MithaliRaj on breaking Charlotte Edwards' record for most runs in Women's ODIs #WWC17 pic.twitter.com/AqHGZrDt3W

Wonderful to hear that @M_Raj03 has become the all-time highest run-scorer in women's ODIs. Congratulations!

Congratulations @M_Raj03 on the remarkable feat of becoming the all-time highest run-scorer in women's ODIs. More power to you! #Girlpower 👍

Seen the growth of @M_Raj03 from the age of 10 to becoming the 1st women cricketer 2 score 6⃣0⃣0⃣0⃣ ODI runs! Proud of u Mithali🙏Keep it up👍

Congratulations Mithali Raj for becoming the leading run-getter in ODIs. We are proud of you. @M_Raj03 @BCCIWomen

A six to bring up six thousand. #MithaliRaj #GOAT #enoughsaid

Proud of you Mithali; keep showing such power-packed performances always.

The Difference Between Salaries Of Indian & Pakistani Cricket Players Will Make You Feel Proud
Virat Did A Major Goof Up! Congratulated Mithali Raj But Posted Poonam Raut’s Pic!