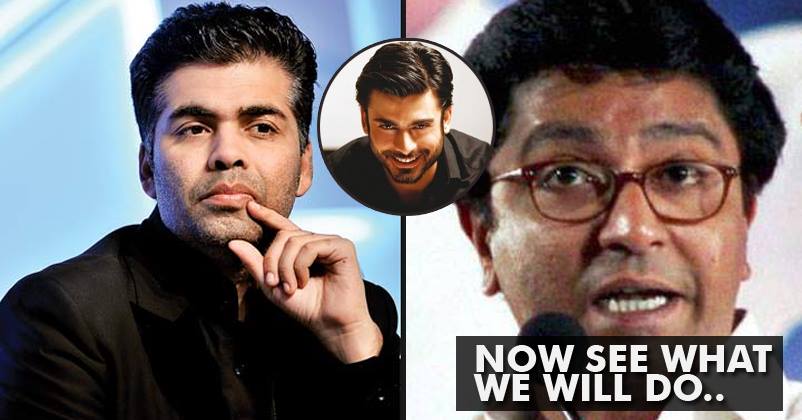 By far there has been a lot of buzz about the MNS warning Pakistani artists for leaving the country as a result of the Uri attacks. The news also suggested that the upcoming movies starting Fawad Khan and Mahira Khan will not release in Maharashtra.

This news spread like fire and became talk of the town. When others in the Bollywood fraternity were asked for their opinion, filmmakers like Vikram Bhatt and Hansal Mehta slammed MNS for threatening them.

However, the 48-hour deadline of MNS got over today afternoon and here’s what Amey Khopkar, MNS senior leader said to India Today,

“Deadline is over and I can assure you that there is no Pakistan artist right now in Mumbai. Everyone left after our ultimatum. However if we find any Pakistan artist in Mumbai, we will throw them out.” Apparently, Karan Johar has been told by Raj Thackeray’s MNS that his upcoming movie will not be released in Maharashtra because it stars Pakistani actor Fawad Khan. This is what MNS leader Khopkar said, “We dare Karan. Let him take a Pakistan artist, see what we will do then.”

Another senior leader Shalini Thackeray added, “We won’t allow films to release which has Pakistan actors in it. Also this Bollywood fraternity too has to understand that this is for our country and not politics. These Pakistan people are killing so many of our Indian soldiers.”

However, Mumbai police assures safety to Pakistan nationals in Mumbai who have valid documents. Deputy Commissioner of Police (DCP) Ashwini Sanap said,“We are taking this matter seriously. Proper security will be given to all the artists in Mumbai. They need not worry.”

In an exclusive interview producer-director Karan Johar also raised a question. This is what he asked, ‘Will banning Pakistani talent from Hindi films stop terrorism?’ Karan said that he understand the anger and feels the same for the lives lost in the attacks but banning talent from Pakistan was not the solution to terrorism. This is what he quoted,

“Today, I feel I am a vulnerable soft target… sometimes you want to, with folded hands, say that we are a creative industry, please leave us alone, we make movies, we spread love.”

Indeed, don’t you agree with Karan’s statement? Share your views regarding this new update in the comments section given below.

Google Is Celebrating It’s 18th Birthday 3rd Time ! Seems Like Google Is Woman!
Even Before Release Dhoni ‘s Biopic Has Shattered The Record Of Sultan & Kabali!