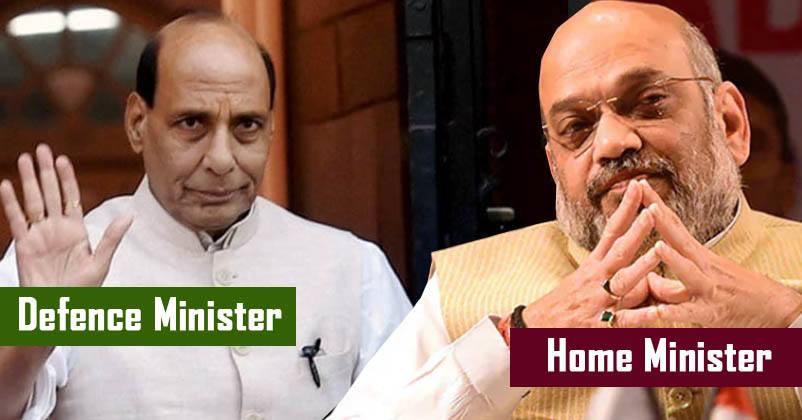 Bharatiya Janta Party-led NDA returned to power for the second time. The election was held on 542 seats out of 543 LOK SABHA seats. However, a party or alliance needs at least 272 seats to form a government.

NDA won with majority votes and received 350 seats in the 17th Lok Sabha Election 2019. Narendra Modi’s party won 303 seats on its own without any alliance.

Prime Minister Narendra Modi has been given Ministry of Personnel, Department of Atomic Energy, Public Grievances and Pensions, Department of Space and other important policy issues.

Nirmala Sitharam is the new Finance Minister in Modis 2.0 cabinet.

The Complete List of the New Union Council of Ministers: 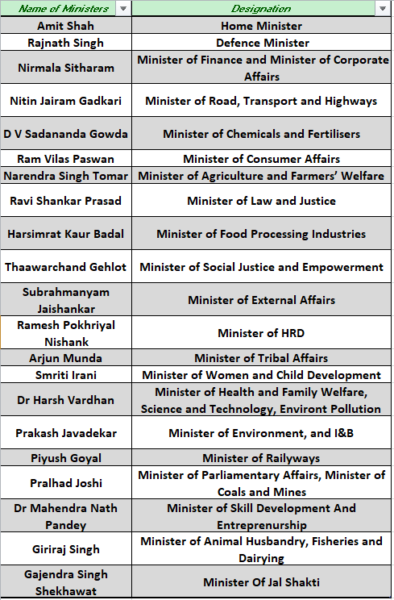 Here’s the full list of the New Union Council of Ministers:

No more suspense, the list of ministers is out. @rajnathsingh is the new @DefenceMinIndia, @AmitShah gets Home, @nsitharaman finance and former diplomat Subrahmanyam Jaishankar MEA. pic.twitter.com/wiCAXjo317