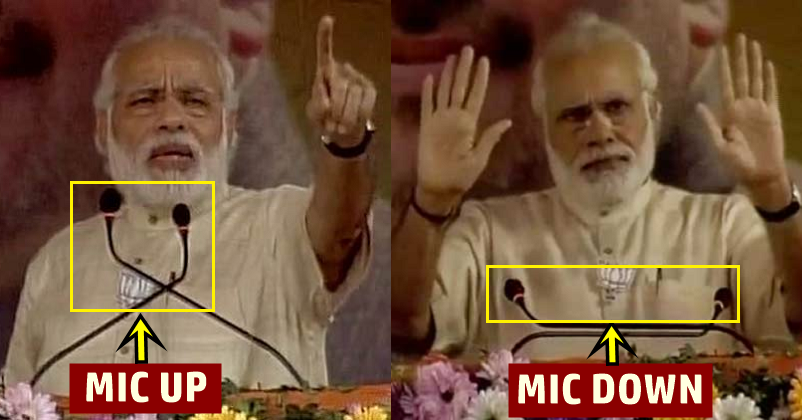 While everyone is busy blaming Sonu Nigam for his insulting posts against “Azaan”, few old videos are being circulated on several platforms. Yesterday, we saw the video of a Bigg Boss 8 press conference, wherein Salman halts it in between due to Azaan. Now, another video of PM Modi is going super viral, as he too had done something similar while addressing a rally at Kharagpur. This was last year during West Bengal Assembly polls, when Narendra Modi was in West Midnapore district’s BNR Ground for his campaign.

As soon as the PM heard the sound of Azaan, he stopped his speech immediately and waited for it to complete. People asked him to continue, but Modi asked them to wait patiently.

He resumed his speech only when the Azaan got over. The PM further added that the speech shouldn’t act as a hindrance to someone’s “Pooja-Paath”.

Watch the video below!

We respect him for this sweet gesture. What do you have to say about this? Share your views in our comments section below.

Crazy Girl Was Twerking On Road; Her Dance Distracted Man Riding Bike & His Bike Crashed!
Woman Ran Into UP Police Station For Protection But Shot Dead In Front Of Police Officers!