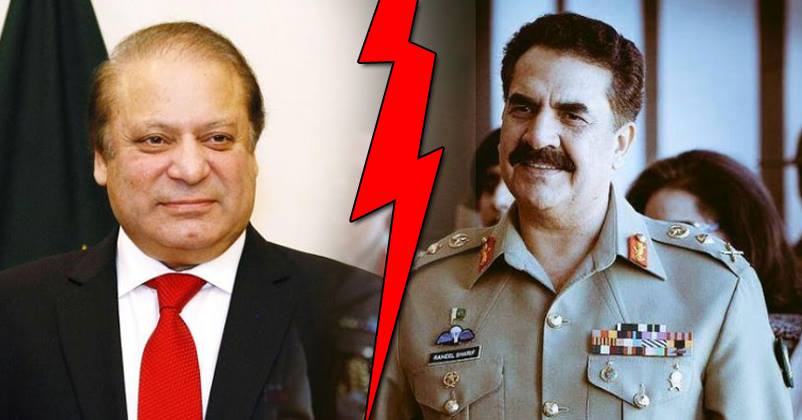 Compatibility is indeed very important when it comes to run any anything in this world. It can be a relationship, a machine or even a COUNTRY. Compatibility between its citizens, Government and Army is a must. And if compatibility between the Government and Army goes well, everything is sorted out. However, currently Pakistan isn’t having a much of a good time. With India successfully sustaining its diplomatic and international pressure on Pakistan, PM Nawaz Sharif has finally considered it as a concern when he addressed his fellow MPs in Parliament.

According to ‘THE DAWN’ newspaper from Pakistan, Nawaz Sharif has clearly pointed out that the current image of Pakistan in front of the rest of the world is indeed becoming worse due the disturbance sustaining in their country because of terrorism. And that is why any probe from the Army side into the matter of terrorism must be and should be well discussed with its Government before they take any action towards it. By saying this, Nawaz Sharif has clearly pointed out the Army Chief officer Raheel Sharif, to not to interfere into any investigation taken out by Pakistan Government Agencies on terrorist organization like Jaish-e-Mohammed and Lashkar-e-Taiba which are apparently banned in Pakistan. Apart from this, Nawaz Sharif has also directed the Army to complete the Pathankot Attack investigation along with the orders of starting a fresh investigation on Mumbai 26/11 Attacks. Raheel Sharif is currently known as the power face of Pakistan Army. He has been critically criticized by his PM Nawaz Sharif who has apparently asked him to consider a small round of discussion with the Pakistan Government before taking any military action on any issue regarding terrorism. Well such kind of a plea from a Prime Minister of a country indeed tells a whole lot of picture about its compatibility issue with its Army.

According to the Pakistani Newspaper, DAWN, this is the first time in the history of Pakistan where the current government has indeed taken the risk and the pain to criticize its own ARMY by urging them to look into the issue of terrorism with more seriousness before it gets too late.

The criticism on its Army from Nawaz Sharif’s part lately poured in after four neighbouring nations sided with India in boycotting the SAARC summit following the Uri attacks. He said, ‘The boycott of SAARC summit has caused embarrassment to Pakistan govt’. However, it will be interesting to see how Raheel Sharif will react to it and more over the proper implication of the commands and orders promised by Pakistani Prime Minister Nawaz Sharif on issue of eradication of terrorism from its soil.

What are your views about this conflict between the Pakistani Government and its Army. Share your views in the comment section below ! !