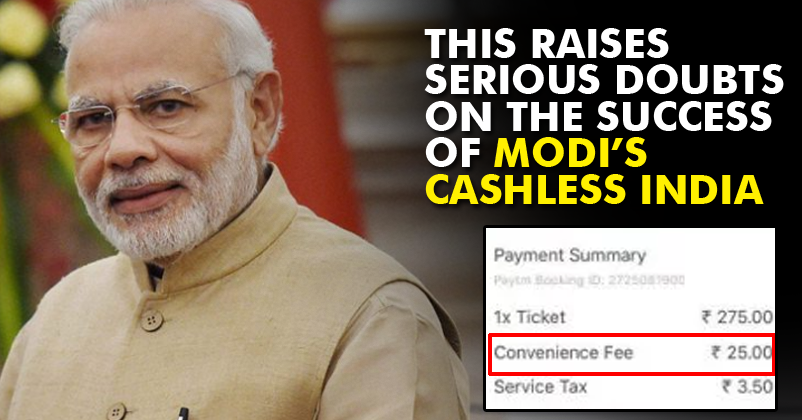 After the evening of 8th November 2016, the definition of ‘money’ in India got completely changed. Within a night, about 86% of cash in the market went totally ‘worthless’. At such a critical point, the thing that held the real and equivalent value of ‘money’ was our ‘digital wallet’. The epic marketing of TWO WORDS i.e ‘PAYTM KARO’ began to its fullest.

We have got two words for you: Paytm Karo.

Our honorable Prime Minister Narender Modi along with few cabinet ministers stressed on payments through ‘Digital Transactions’. In the midst of promoting such cashless transaction, they had also come up with new ‘lottery’ schemes. You can read about it here. In short, it was a nice effort to promote ‘Digital Transaction’ which also made me use it. Recently I decided to go ahead and watch the movie ‘Jolly LLB 2’ where I booked my ticket through Paytm unlike how I used to buy it at the ticket counter. The price of the ticket was Rs 275. And when I booked it through my Paytm wallet, I was surprised to see the final amount going over Rs 300. Here is the screenshot. Now, I know that ‘Convenience Fee’ is a charge added to the base transaction amount for the convenience of being able to use an alternative payment method. But the point is how come can the dream of DIGITAL INDIA is possible if people are made to pay more for it than the conventional cash payment method. Due to the addition of such ‘convenience fees’, the overall cost of ticket rises up. Hence, what on the earth will make a person pay more for such kind of payments.

Apart from that, the rest of the taxes like ‘Service Tax’, ‘Krishi Kalyan Cees’ and ‘Swachh Bharat Cees’ are also there. Now, to be honest, I don’t mind paying such kind of ‘Indirect Taxes’, but not if I have already paid for that. Yes, you read that right. We have never really noticed it. The actual base amount, i.e Rs 275 is already ‘inclusive of all taxes’. So why are we forced to pay such taxes again whenever we try to book the same ticket of the same amount only through DIGITAL TRANSACTION? Someone has to give an answer to that. And if they are not able to do so, then the whole point of chest thumping about ‘DIGITAL TRANSACTION’ is just another stunt. If we really need to empower ‘Digital Transaction’ in India, then charges like these should not be allowed to exist. And if there is any need for such charges, try to keep them at their lowest.

At the same time, I would also like to point it out that Paytm and such digital wallets do offer good discounts on ticket booking, but only if you are booking for at least 2 or more people. But there aren’t any offers for people who try to book tickets just for themselves. For such people, the digital transaction is for sure not so profitable as per claimed by such companies. The purpose of writing this article is not about finding faults in ‘Digital Transaction’. I personally feel that this is indeed the future, but our future can be better, efficient and profitable if our government try to tap on such issues. Hence, bringing more people under the umbrella of ‘DIGITAL INDIA’.

This 8-Yr Chinese Girl Has Been Selling Veggies On Street For 5 Years! Reason Will Make You Cry
Woman Thought She Was Dating Saif For 14 Months! Here’s What She Did After Knowing The Truth