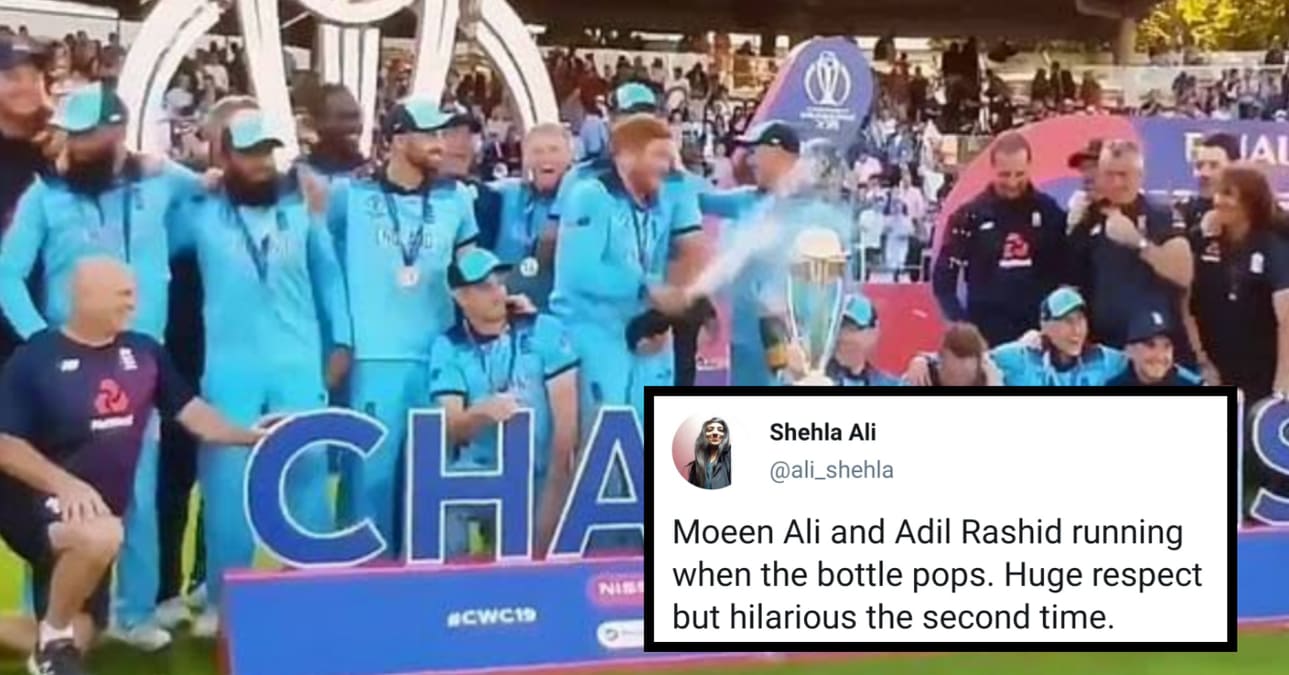 England finally won their first World Cup against New Zealand. In a nail-biting match, the victory for England deserved it. The super over was played in the game, and it had all of us on the edge of our seat. Celebration and happy moments are called for as England wins its first World Cup.

The team after accepting the Cup celebrated by popping champagne. Moeen Ali and Rashid were seen running away from the stage as soon as a group started opening the champagne.
This video surely was not going to get unnoticed from people’s Eyes. The video song went viral, and Twitter soon filled with praises and hearty laughs for the duo. Check out the video here :

Moeen Ali and Rashid are both Muslim athletes and are seen often running away and exciting.

Fair play to them for not getting caught in the moment and forgetting their religious beliefs. Well done to every single member of that squad no matter what race or religion

Brilliant, wonderful to see so many different cultures supporting the #England team today, cricket is far more representative of how we all get along day to day than media would have you believe.

I love how Adil is pushing Mooen to move faster whilst still looking over his shoulder!

Well done to them sticking to their beliefs. Top blokes, top players

The video is funny and right at the same time.