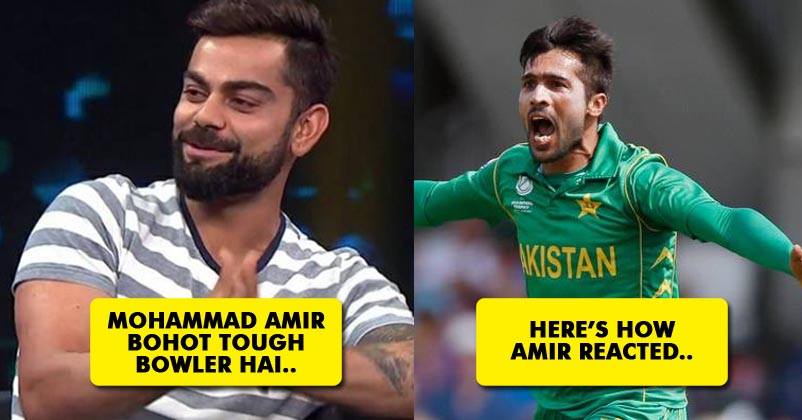 I’ve repeated it several times, that Indian and Pakistani cricket team are in competition only when they are in the field. In normal life, they stay as friends and compliment each other.

Virat Kohli recently during an interview was asked about the toughest bowler he has faced. Answering the question, he took the name of Mohammad Amir and praised his bowling style. 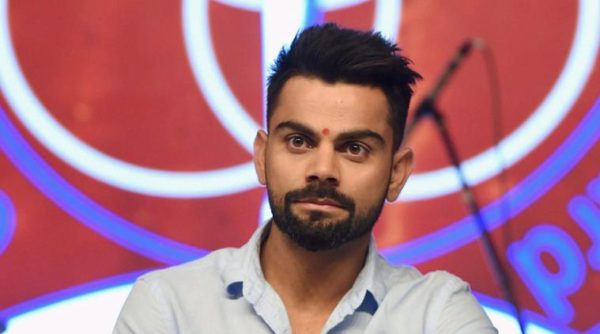 “In the recent times, Mohammad Amir of Pakistan (keeps him on his toes). He is in the top two or three bowlers in the world and the toughest bowlers I have played in my career. You have to be on your ‘A’ Game when you’re facing him or he will strike. Outstanding! Very good bowler!”

And now it was the turn of Amir to reciprocate. The bowler who is currently recovering from an injury, appreciated the gesture of Kohli. He was quoted by Wisden India as saying-

“It is a great gesture on his part to praise someone and I am floored at his praise of my bowling. The way he presented me with the bat in Kolkatta (during ICC World Twenty20 last year) is an evergreen memory for me.” 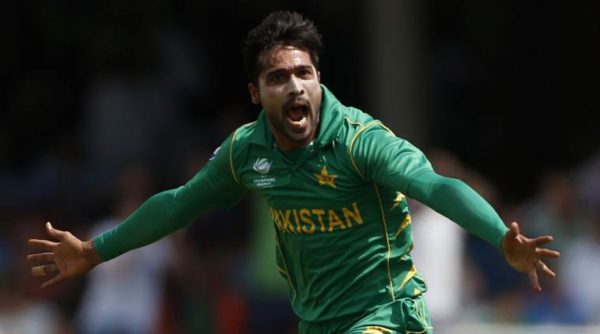 “The world knows Kohli is the best. You have to give your best against him. If you give him a chance he takes away the game, like he did in the Dhaka Asia Cup game.”

“So I have to focus and do my best to target him. He has the best strike rate and average while chasing so he is also the biggest challenge for bowlers around the world.”

“You become a better bowler when you bowl well against a batsman like Kohli.”

Well, I am literally getting that Karan Arjun feels right now. Don’t you?