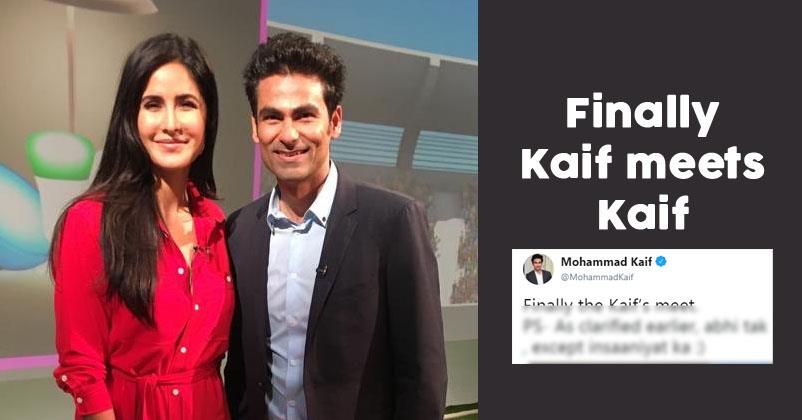 There was a game that went viral and people came stars who have the same last name. Like Kristen Stewart and Martha Stewart though they are not even remotely related. People searched out for such names and one of the pairs was of the former Indian Cricketer Mohammad Kaif and Bollywood actress Katrina Kaif.

People were waiting for this meet, look at how they reacted.

Both Kaifs' career took a huge stardom from London; #KatrinaKaif from the movie Namaste London, @MohammadKaif from NatWest final on @HomeOfCricket Lord's London!

Good to see you both together.

Two most liked kaifs of India

There were rumours that she was your sister. 😂

It was funny how Mohammad used ” Abhi tak” in his tweet.