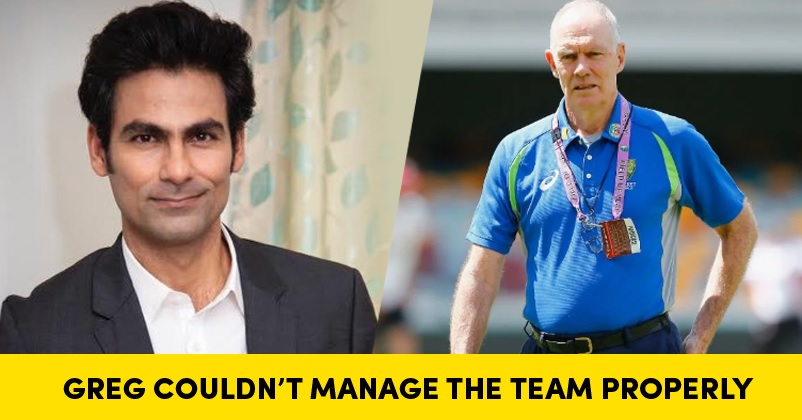 The former Australian cricketer Greg Chappell was one of the best batsmen of his time so when he was appointed as the coach of the Indian cricket squad, everybody was excited and hoping to see team India touching new heights. However, what happened was exactly opposite of what people expected and instead of touching new heights, the Indian team touched the new depths of failure.

Before Greg Chappell, former New Zealand cricketer John Wright was the Indian cricket team coach from 2000 till 2005 and team India achieved many milestones under his guidance. A number of former players have spoken about Greg Chappell’s controversial tenure and the biggest controversy was that one of the most successful captains of Indian squad, Sourav Ganguly was not only deprived of captaincy but was also dropped from the playing eleven. Things turned very ugly when India had a disappointing exit from the 2007 ICC World Cup as it was not even able to clear the league stages.

Now, former Indian cricketer Mohammad Kaif has shared his opinion on Chappell’s coaching style. While talking to a leading daily, Kaif said that Greg Chappell could have become a good batting coach of the Indian team but he spoiled his image after performing miserably as the Indian coach. Kaif further stated that Greg Chappell failed to understand the Indian culture and his lack of man-management skills contributed to his failure as India’s coach.

Mohammad Kaif also made the comparison between Greg Chappell and John Wright and as per him, John Wright was respected by all as he had great coordination with the players and he was clear about the fact that it is Sourav Ganguly, the then skipper who would lead from the front.

Sourav Ganguly is now the President of Board of Control of Cricket for India (BCCI) and he has been touted as one of the best captains that the Indian team has ever had.

Do you agree with Mohammad Kaif? Let us know your views in this regard.