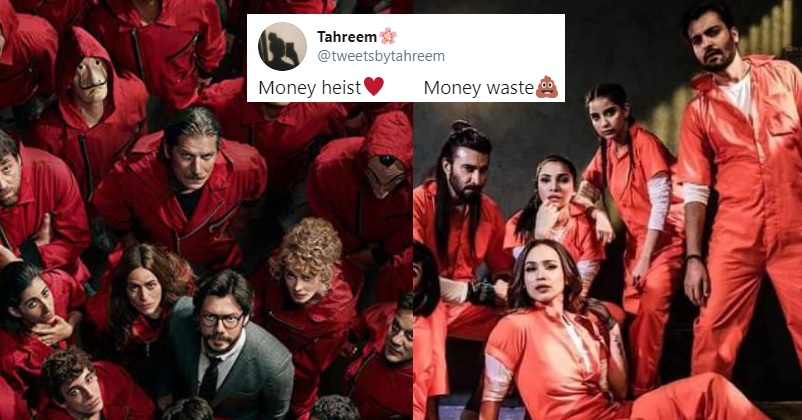 The trend of copying or getting inspired from the foreign movies or television series is prevalent not just in the Indian film and television industry but even our neighbours are following this trend as well.

Money Heist, the famous television series which was originally made in Spanish (La casa de papel which means The House of Paper) is one of the most watched non-English series and it was based on the two long prepared robberies which were carried on Royal Mint of Spain and Bank of Spain. 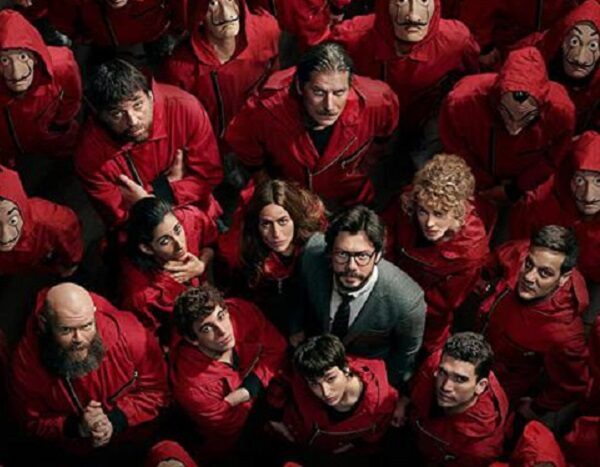 While the world is already in love with this series, the Pakistani moviemakers have decided to come up with its Pakistani version. The movie has been titled as “50 Crore” and recently a teaser was released online by the makers which showed an uncanny resemblance to the original.

Here is the teaser:

Twitter users have not liked this idea much and they are calling it a cheap copy (sasti copy) of the original. The anger of the netizens can be understood as they want to see fresh content and not something which is copied from other movies or series or that they have already seen, though in a different language. 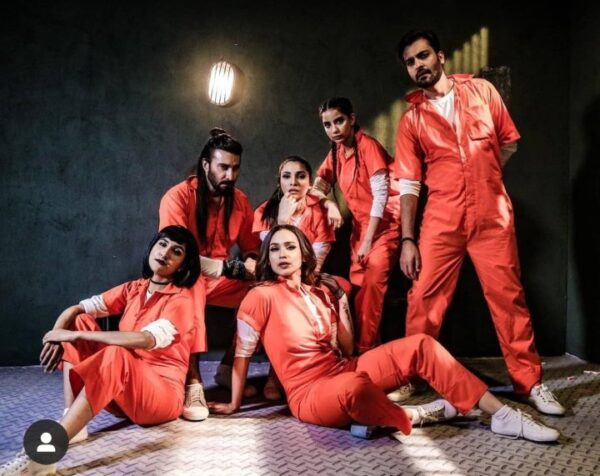 The makers have also released the posters of the movie and it has implicitly confirmed that “50 Crore” is the Pakistani Money Heist.

Consequently, the Pakistani moviemakers are being slammed for their lack of imagination and soon memes and jokes start flooding on the micro-blogging site Twitter. What gives enough fodder to the meme makers is the financial condition of Pakistan. It’s an open secret that the economy of Pakistan is in a very poor condition and the majority of the countries of the world are in no mood to help them by giving loans. Twitterati has also made fun of this situation and says that the team of the copied version will be returned by the bank as there will be no funds in the bank or the server will be down.

So Pakistanis copied La Casa De Papel and turned it into a movie? 🤢 DO WE NOT HAVE BRAINS THAT WORK CAN WE PLEASE BE ORIGINAL FOR ONCE??? pic.twitter.com/8Lr1sapdJw

how did the cast of 50 CrOre even agreed do it…. they are gonna embrass themselves…

In Pakistan's money heist/ #50Crore
They need to rob the politicians instead of a bank. #MoneyHeist

In Pakistani Money Heist, Professor's team goes to the State Bank of Pakistan, only to find that there is no money in the vault..

Money heist Pakistan can never work. They’d be stuck in the traffic outside any bank

Money Heist Pakistan in the making?
ugh 2020 seriously needs to STOP. The lack of shameless plagiarism and lack of own creativity is such an embarrassment.

What do you have to say about Pakistani Money Heist?

Ishaan Khatter & Ananya Pandey In Khaali Peeli Will Be So Much Fun
How To Write A Good Movie Review?