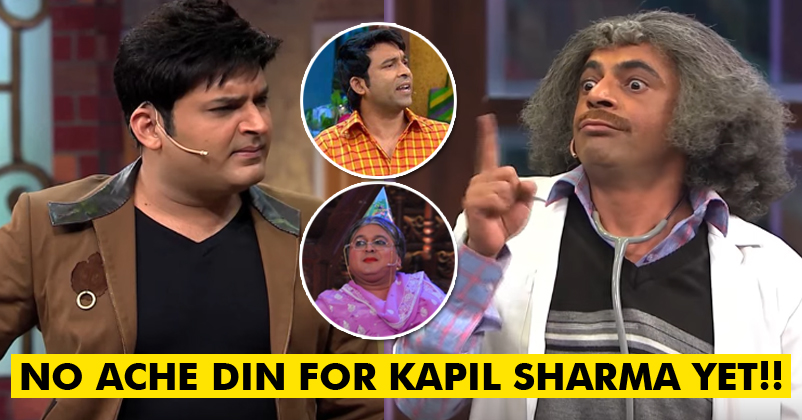 Sunil Grover and Kapil Sharma’s fight stories are never ending. The fans are pleading the two comedy stars to get back together and bury the hatchet.

However, Sunil and Kapil’s fight is not ending. Things are getting more complicated. Earlier there was news that Sunil did not quit the show and he might shoot the weekend episodes. Looks like, the news weren’t true. The recent reports on Times Of India suggest that Sunil Grover, Ali Asgar, Chandan Prabhakar and Sugandha Mishra won’t shoot for the coming weekend episode. The shoot that is scheduled to happen tomorrow will be boycotted by the 4 core team members of the show.

We wonder how things will fall into places. The leading website BollywoodLife had informed that Sony channel will continue airing the show, no matter what. Though they did not speak on the fight, they were clear that they are not planning to quit The Kapil Sharma Show.

The TOI report mentions the source close to the show revealed another interesting fact. The source told them that,

“Tomorrow Kapil will come back from his Bikaner schedule of Firangi(the movie). Kapil wants to take the show forward with Raju Srivastav”

It’s strange how Kapil Sharma still wants to continue with Raju Srivastav even after poor ratings in the last week. Well, we can only pray for the best. As we all can remember, Sunil Grover shared a heartfelt emotional post on Twitter yesterday. He mentioned about new beginnings and letting go the past. Check out his tweet below.

We can’t really confirm about the talented bunch of people leaving the show. All we can say is that things should fall into places as soon as possible.

2nd Trailer Of Spider Man Homecoming Is Here, And Iron Man Steals The Show! Watch Now!
Kattappa Reveals To Everyone Why He Killed Baahubali, Now We Have One More Funny Answer