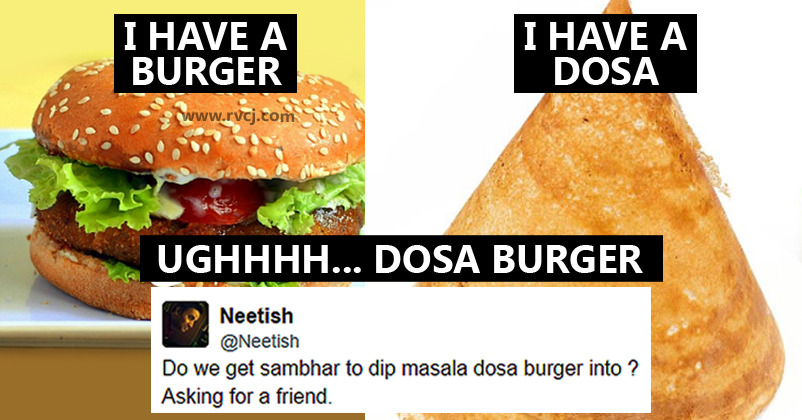 Breakfast at Mc Donald’s is already very tasty; at the moment it consists of delicious egg muffins, sumptuous hash browns and more, but now, the chain is planning to surprise the food addicts with something special.

Be ready for a treat as Mc Donald’s is planning a REVOLUTION in its breakfast menu. Forget that English style breakfast; Mc Donald’s will now serve Desi breakfast too. Very soon, you will see 2 new additions, first one being the yummilicious anda bhurji burger and second one being masala dosa burger with molaga podi dip. These 2 things will be added to the menu in order to attract more and more customers during morning time, when the business is very slow. With this menu, the chain might see a rise in profits.

The anda bhurji burger and masala dosa burger would be launched by the weekend, first in Mumbai and then in other areas. People will surely be attracted to these mouth-watering Indo-continental additions. The new menu will also consist of spinach and corn brioches, waffles, hotcakes and scrambled eggs (Plain or masala). These finger-licking dishes would be priced between Rs 30 to Rs 135. Although the idea of these burgers sounds interesting, Twitterati didn’t like it. The topic started trending as soon as Mc Donald’s made the announcement & people started giving their opinions on the same;

Do we get Sambhar?

Do we get sambhar to dip masala dosa burger into ?
Asking for a friend.

Will Masala dosa burger have chutney instead of mayonnaise? 😬

I dunno what is insulted more by Masala Dosa Burger. The dosa or the burger.

The masala dosa burger will be the downfall of civilization. The end is near.

Now waiting for McDonalds to announce Sambhar Smoothies and Banana Chips to go with their Masala Dosa Burger so it becomes a complete meal.

Waiting to try them? Just be cool till this weekend; just 2 days more!

Manipuri Students Were Denied Entry To Taj Mahal Due To Resemblance To Foreigners! SHAME!
Uber Driver Asked Passenger To Give Rs 2,000 Note! What He Did Next Will Shock You!