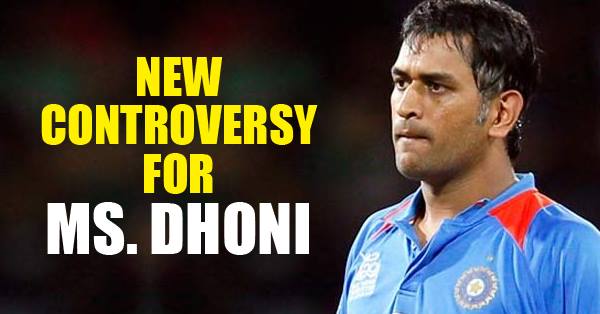 Dhoni’s neighbours in Ranchi have claimed that there is a water wastage of 15000 litres for the maintenance of the swimming pool everyday. The neighbours complained this because the locality is in a severe water crisis. Talking to India Today, Raju Sharma neighbour of Dhoni’s residence in Yamunanagar said – “We have 4 borewells but they don’t work whereas in Dhoni’s house thousands of water is being wasted daily. The government authorities must look into it.”

The issue has also reached the state revenue minister Amar Bauri, he reportedly promised to look into it and take an action. As the residents of that locality are cribbing over that fact that 15000 litres of water being wasted daily for the swimming pool, Dhoni’s advisor in Ranchi denied these claims made by the locals of the Yamunanagar and also said that the swimming pool is used only during Dhoni’s visit to the town but not everyday.

Earlier in 2007 also, some residents of his locality have filed a plea against the construction of swimming pool at his house in Ranchi Regional Development Authority as the city was under water scarcity. Jharkhand High court took up the issue and asked Dhoni to respond on this issue. However, a year later that it was declared that the petition filed by the residents was based on wrong information.

Continue Reading
You may also like...
Related Topics:Jharkhand, MS Dhoni, MS Dhoni In Another Controversy And You Will Be Shocked To Know The Reason!!, Petiton, Ranchi, Swimming pool, Water scarcity, Yamunanagar

Virat Kohli FINED Rs 12 Lakh For Match Against MS Dhoni. Here’s Why!
Here’s Why We Will Use Pink Ball In Day-Night Test Matches Instead Of Red & White Ball!!