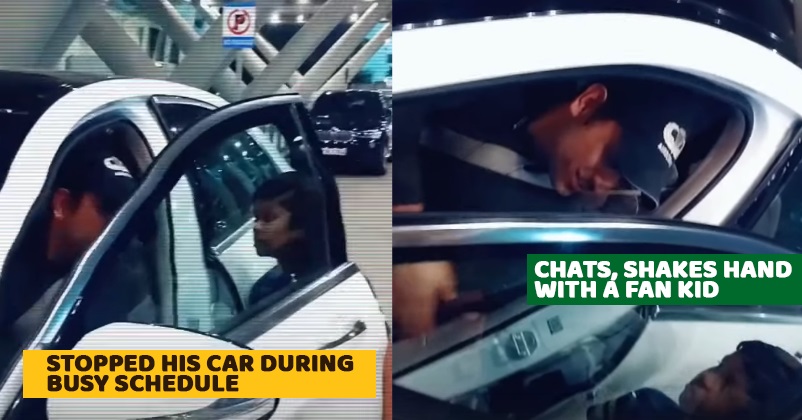 MS Dhoni is one of the greatest Indian Cricketers of All Time. Be it batting, or wicketkeeping or captaincy, he has proved his mettle in everything. Dhoni’s helicopter shot and excellent work behind the wickets have got him a huge and loyal fan following.

But that’s not everything about Dhoni. The quality which makes him a great human being is his down to earth nature. His behaviour with other teammates and even fans is amazing and he never misses a chance to win their heart.

The former Indian captain was recently captured while he stopped his car to have an interaction with a little fan. A video is doing rounds on the social media in which Dhoni is seen having an interaction with the little fan for a considerable amount of time. Before leaving, he shakes hand with her and we know much it would’ve made her happy.

Man with Golden Heart. Just look at the way, he is adoring this little fan.#msdhoni #fandiaries #mahiway

Gautam Gambhir Gets Furious On Umpire After Being Wrongly Declared Out. Watch Video
Mumbai Indians Said They Have Best All Rounder Trio In IPL. CSK Gave A Stunning Reply