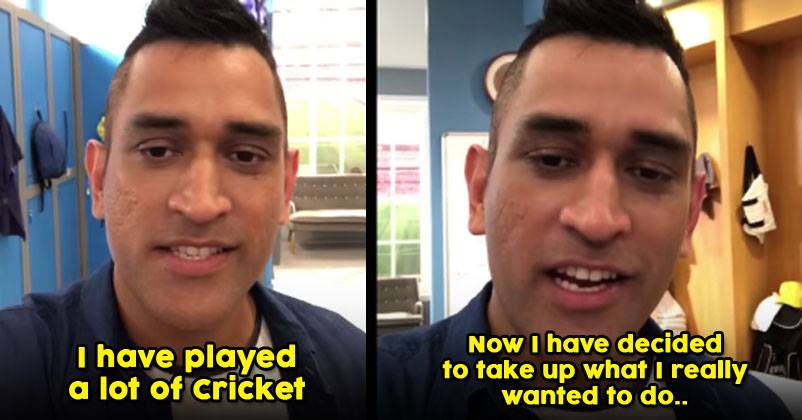 The former captain of the Indian Cricket Team Mahendra Singh Dhoni is the most loved wicketkeeper in the world. He is one of the best batsman and wicketkeeper across the globe today and Indians love their captain cool. Recently Dhoni shared a video on Facebook in which he disclosed a big secret.

In the video, Dhoni is telling that he is going to leave cricket to fulfill his childhood dream. He revealed that when he was a kid he wanted to become an artist. He has decided that he has played a lot of cricket and now he wants to take up what he really wanted to do. He has already started getting into painting.

Dhoni thinks that he is now ready for art but his first art exhibition is still a long way to go. He then shared some of his painting to his fans. His first painting is a landscape and the second one is a futuristic airplane made by him.

His favorite painting is the one he called self-portrait of himself. It is of a cricketer dressed in a yellow tracksuit.