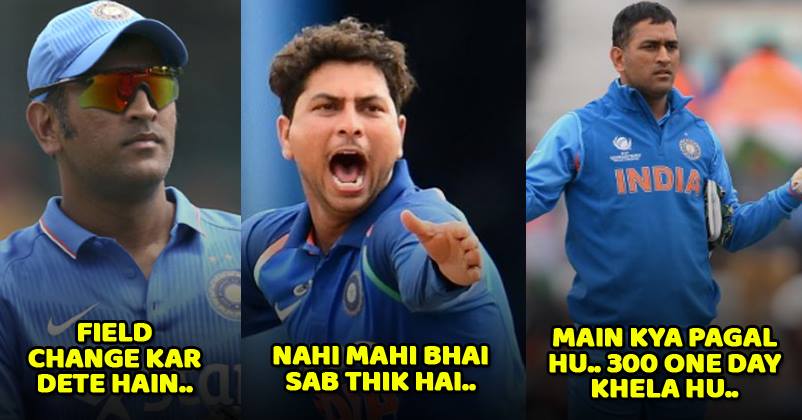 MS Dhoni is an inspiration for many and there is no denying the fact that he deserves every bit of respect that he gets. One of the reasons that people admire him more is his calm and cool attitude. Because of this, he had been called Captain Cool during his captaincy days; however, some fans still call him by this name.

There are rare occasions when the wicketkeeper-batsman has lost his cool and the Indian spinner Kuldeep Yadav experienced it first-handedly after refusing to obey Dhoni.

Kuldeep has become an important part of the Indian team, thanks to his wicket-taking abilities but during the second T20 international that was played between India and Sri Lanka in Indore, he was facing a lot of difficulty. In this match, India scored 260/5 with the help of Rohit Sharma’s fastest hundred in just 35 balls. 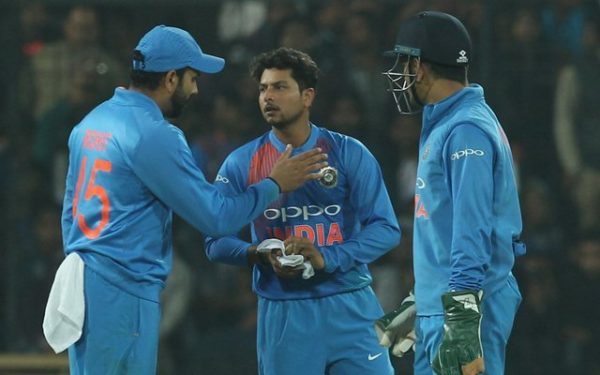 Sri Lanka was also off to a great start and Indian bowlers were struggling so Dhoni told Kuldeep Yadav to bring the point fielder up, remove the cover fielder and push him deep. Kuldeep refused to change the field that made Dhoni angry and he shouted,

The incident was shared by 23 years old Kuldeep in a talk show “What the duck”.

Well, he did get wickets after obeying Dhoni’s advice and he must be thankful for that.

Sanju Day 12 Collections Out & Figures Are Still Awesome. It’s All Set To Enter 300 Crore Club
Virat Posted A Kiss Picture On Instagram. People Trolled Him For His Hairstyle