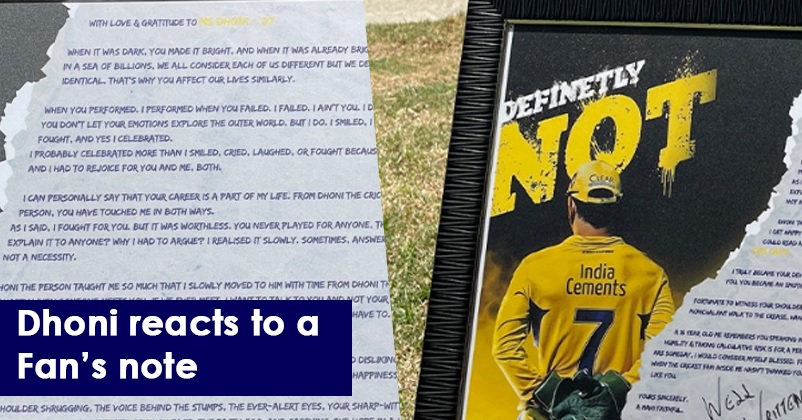 Chennai Super Kings, the four times IPL champion, had a very poor run in the IPL 2022 as it is sitting at the 9th spot with just 4 wins in the 13 matches played by it and it is officially out of the race of play-offs. CSK started the league under a new skipper as Ravindra Jadeja became the third cricketer to lead the Chennai team after MS Dhoni and Suresh Raina, who used to lead the team in Dhoni’s absence, but after a dismal run in the tournament, Jadeja gave up the captaincy and Mahi was once again appointed as the skipper of the team. 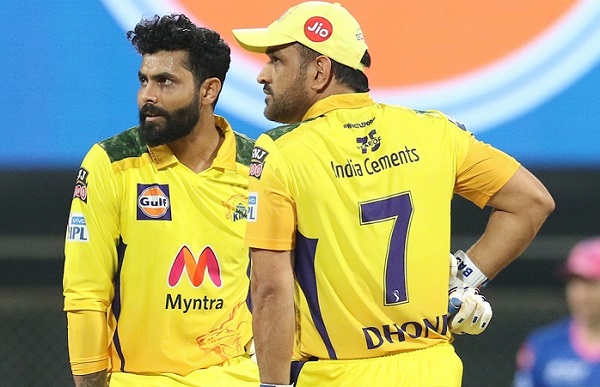 In fact, rumours are doing rounds that there is a rift between Ravindra Jadeja and the CSK management and he may not be a part of the franchise next year.

There is no doubt that CSK fans never expected such poor show from their favourite team which started the tournament as the defending champions. Though sometimes CSK gets criticized by their fans yet it has a loyal fan base and fans stuck to their team whatever the situation may be.

The Chennai franchise still enjoys the loyalty of its fans and one such fan wrote an emotional letter to Thala (MSD). Amazingly, the skipper also responded to it as he signed and wrote, “Well Written, Best Wishes”.

Check out the pics shared by CSK on Twitter: 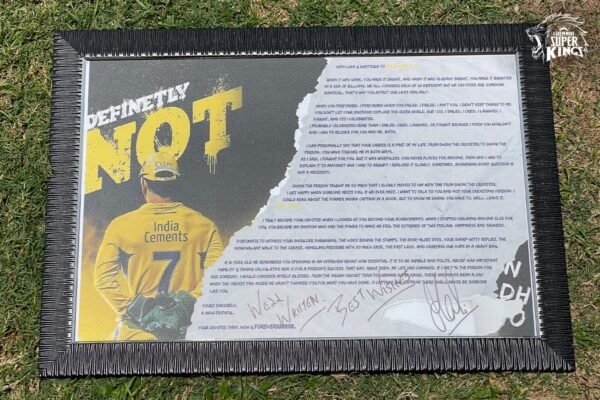 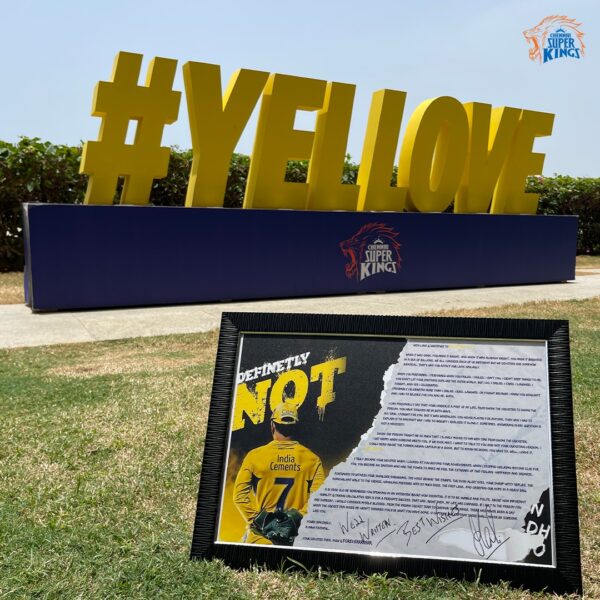 The letter got framed by CSK as it posted the image on its official Twitter handle with the caption. “Words from the #yellove framed for life & signed with love!”

CSK’s last league match will be against Rajasthan Royals on 20th May and the former will certainly like to win it in order to leave the tournament with a victory.

“Steyn Will Stand Behind Me For 3 Hrs & Guide Me,” Umran Malik Owes His Success To Dale Steyn
“What Mistake Has He Committed?,” Fans Are Upset With MI For Not Playing Arjun Tendulkar