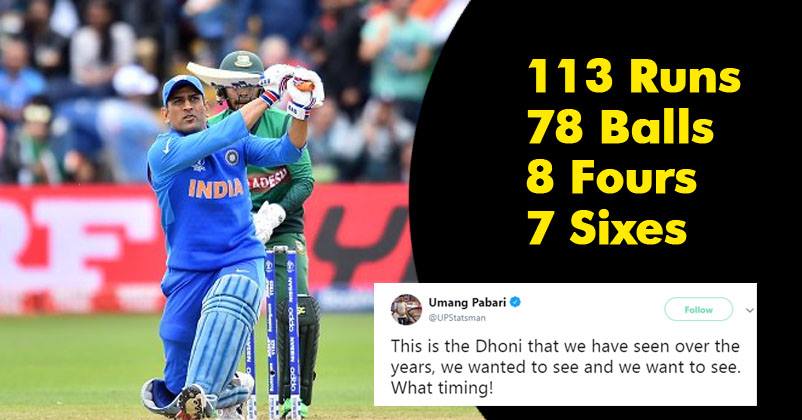 Former captain of the Indian cricket team and wicketkeeper-batsman MS Dhoni scored a century against Bangladesh. India was playing a side’s final warm-up game before the World Cup.

After back to back wickets of Virat Kohli and Vijay Shankar India needed some stability and Dhoni went on the crease in his full form. He scored 113 runs off 78 balls and became the highest-scorer in India’s innings. Dhoni built a challenging 164-run partnership with KL Rahul and brought the game in India’s favor.

Dhoni has been criticized for his slow pace in batting since a long time now, but today seeing him in his form is a relief for all the cricket fans out there. Poor performances from Shikhar Dhawan and Rohit Sharma is also a topic of concern but this century by Dhoni and his partnership with Rahul has definitely brought some ease. z

After this warm-up match, KL Rahul has also proved himself as he supported Virat Kohli during his inning and partnered with Dhoni till the last.

ICC World Cup commences from May 30 and India has its first match on June 5 against South Africa.