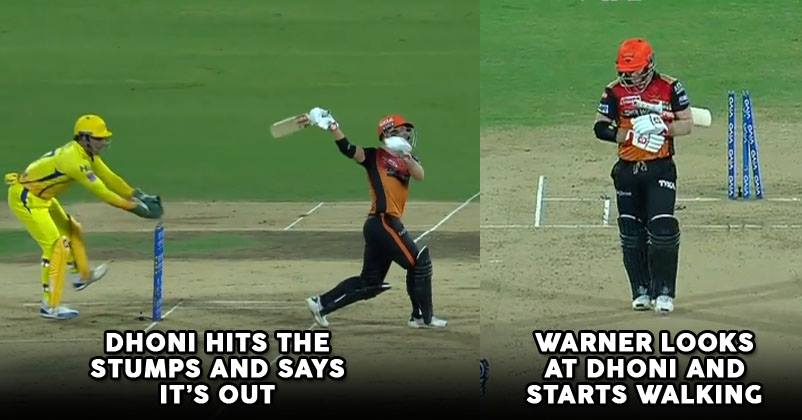 MS Dhoni, the former Indian skipper, is well-known for his impeccable wicket-keeping skills along with his batting and captaincy. We have seen him carrying out many stumpings at a lightning speed and yesterday also, he sent David Warner back to dugout in a similar style in the match against Sunrisers Hyderabad (SRH).

On Tuesday, Chennai Super Kings (CSK) and Sunrisers Hyderabad faced each other in an IPL match at Chepauk Stadium. Batting first, SRH scored a total of 175/3 with the help of brilliant knocks of Manish Pandey (83*) and David Warner (57). However, the hosts achieved the target as their opener Shane Watson played a blistering knock of 96 (53). 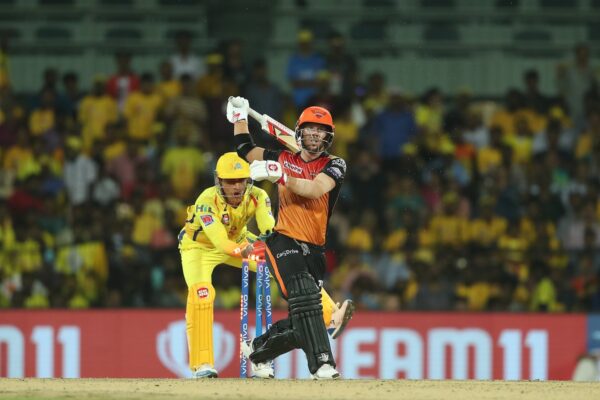 During the batting of SRH, in the 14th over, David Warner got a little out of the crease while trying to hit Harbhajan Singh but he was beaten with the spin and Dhoni stumped him with a lightning speed.

Here is the video of the amazing stumping:

Dhoni’s stature in the International cricket can be ascertained by the fact that David Warner also started walking after he saw that Dhoni was sure of getting his wicket.

CSK has confirmed its place in playoffs with their 8th win in the 11 games. After losing match against RCB, MS Dhoni was not happy with his top order batsmen but in yesterday’s match, Shane Watson regained his form and this is certainly a good sign for the team.

There is no doubt that our Dhoni is the best! Agree?