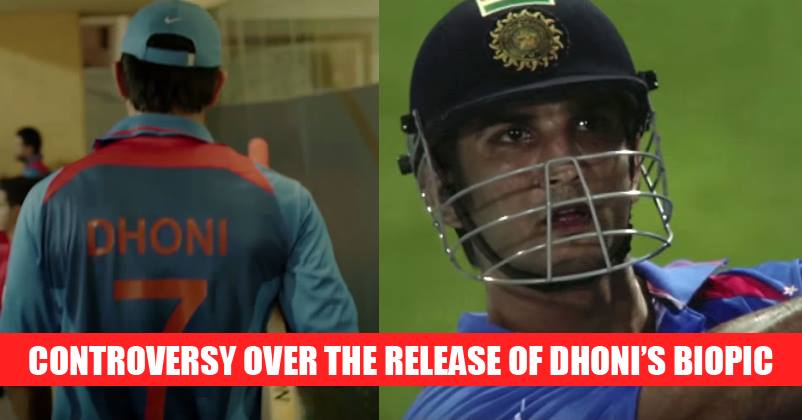 Off late, there has been a lot of buzz surrounding Dhoni’s biopic ‘MS Dhoni: The Untold Story’. People are eagerly waiting for the release of this movie and are taking all the efforts to keep themselves updated with the latest happenings surrounding it.

Now, everyone enjoyed the trailer that was released 2 weeks back, and after watching it, their excitement doubled up. This biopic which is scheduled to release on 30th of September 2016, revolves around the failures and successes of Dhoni in personal as well as cricketing life. Considering the immense popularity that Dhoni enjoys, the movie producers took the decision of dubbing the biopic in various regional languages, out of which the Telugu and Tamil version trailers are already out.

However, the Marathi version is very doubtful! Yes, there are reports that ‘Chitrapat Karmachari Sena’, which is the film affairs wing of Maharashtra Navniram Sena (MNS) is against dubbing it in Marathi.

Ameya Khopkar, the president of CKS said that

“By dubbing such movies in Marathi you are creating competition for local films, which are already facing problems. A Maharashtrian as it is follows Hindi. If he wants to see the film, he can watch it in Hindi,”

Yes, he said that if Hindi movies are dubbed in Marathi, the regional film market would be affected. When he received calls from various Marathi producers, he requested them to cancel the dubbing in Marathi, since the entire business of local films would have a negative impact. Khopkar added “If they do not take back this dubbed version we will protest in a democratic way,”.

So what do you feel about this? Do you agree to Khopkar’s statement? The biopic has welcomed controversies even before release. Do let us know your thoughts in our comments section below.

This Sweet Twitter Conversation Between R.Ashwin And His Wife Gives Us Relationship Goals
Alia, Katrina And Parineeti’s Bunny Hops Workout Is The Secret Of Their Hotness! Watch Video!