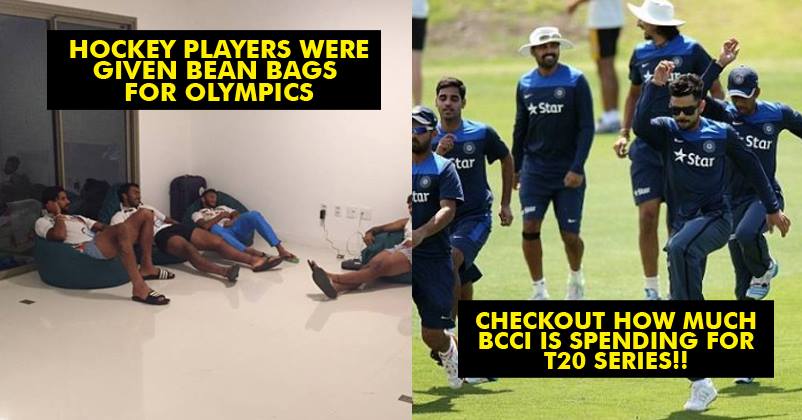 BCCI is the world’s largest and the most richest cricket board. There is no denying the fact that they have left nothing to keep their players stay fit by proving them all the latest gym equipments and proper nutritious diet along with proper training facilities. And in response to that our players are performing very well during the ongoing series in West Indies. We always appreciate our Indian Players for winning matches for our country. But the core people behind putting up this team and all the management are often ignored. Even they deserve our respect for taking good care of our champs. And in response to that, BCCI has decided to send a 46 non playing member team to Florida where the upcoming T20 series between India and West Indies will be played. So in short, BCCI is rewarding its members with a trip to the United States of America for their service to the board and to the nation as well.

According to the reports, one member from every association will be chosen for this trip to USA where the T20 series between India and West Indies will be held. And all the trip expenses will be paid by the board i:e The BCCI itself.

The T20 Series will consist of two matches which will be held on 27 and 28 of August 2016 at Fort Lauderdale in Florida, USA. And this will be the first time when the no. of non playing members will outnumber the number of playing members of the team by a very large margin, almost thrice.

According to the latest reports, the budget set by the BCCI for the trip is above 3 crores where BCCI is going to give an allowance of $250 for per day for per official. All the travelling allowances will be sponsored by BCCI where every non playing member will be offered a Business class flight ticket. However it is unclear if the national selectors who are currently in the Caribbean, would be travelling to the US as well. The trip is going to last for Six days. “As part of our continuous efforts to reach out to new markets and audiences, I am very happy to announce that Team India will play two T20Is against the current world champions West Indies in the United States. This will be a great opportunity for the cricket fans in America to watch the two champion sides in action. This will be developed into an annual cricketing event in the United States,” Thakur had said after the working committee meeting in Mumbai on August 2.

This is not the first time when someone has taken the responsibility to popularise cricket culture in USA. Sachin Tendulkar and Shane Warne also attempted the same in 2015 by organizing Cricket All Stars Series which was a huge success. Warne Warriors won all the matches where Kumar Sangakkara was the highest run getter and Andrew Symonds was the highest wicket taker.

If you have any more information regarding this topic, please feel comfortable to share it with our readers and write your opinion about it in the comment section below.

Revealed! Here’s Why Blue Water In Pool Turned Dark Green At Rio Olympics…
These 20 Female Athletes Are Making It Big In Rio With Their Hotness. Check It Out