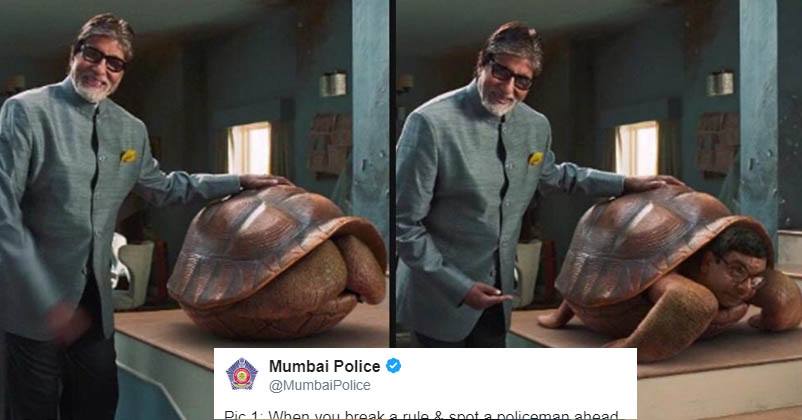 Internet is a lovely place to get entertained as there are brilliant meme makers who make sure that you never get bored, all thanks to their awesome creativity combined with a good sense of humour.

The new advertisement of Dr. Fixit which features the legendary Bollywood actor Amitabh Bachchan has become the favorite of many meme makers as various memes based on it are getting circulated on the virtual world.

Dr. Fixit is a waterproofing solution and in this ad, Big B is seen with giant animals such as frog, tortoise and octopus with human head representing those people who didn’t use Dr. Fixit for waterproofing in their houses. 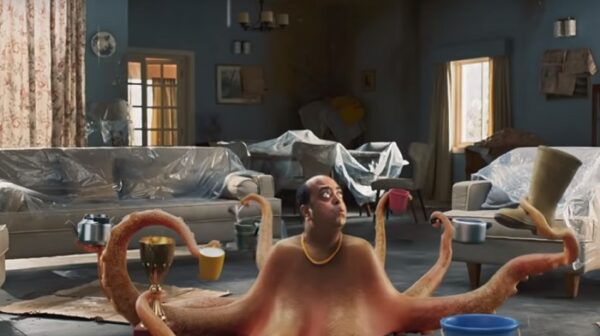 These people in animal shape are shown collecting water in different vessels which is getting dropped from their ceiling while the tortoise person is seen hiding his face in the shell.

Mumbai Police has also been quite active on social media, especially on the micro-blogging site Twitter and they don’t mind using a hilarious way to make people aware on different issues. Now they have also used a portion of this ad for making a meme and for this purpose, they have shown a collage of two pictures. In the first one, the person is shown hiding his face in the shell while in the second pic, he is shown with face out of the shell. 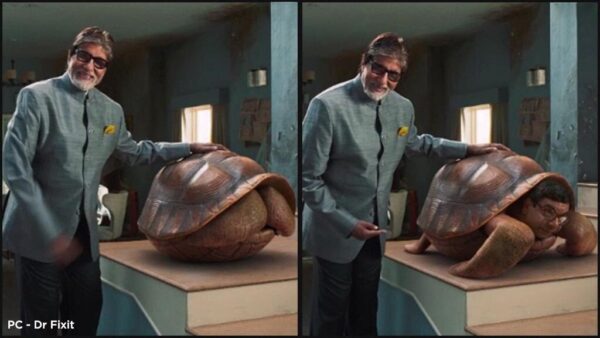 The caption that has been written by Mumbai Police reads,

“Pic 1: When you break a rule & spot a policeman ahead

Pic 2: When you are a totally law abiding Mumbaikar”

Pic 1: When you break a rule & spot a policeman ahead

Pic 2: When you are a totally law abiding Mumbaikar pic.twitter.com/QZHirTCM6a

People were quick to react on this meme and praised Mumbai Police for their out-of-the-box thinking.

Welcome back to the official meme page of mumbai police

How did you find Mumbai Police’s tweet? Aren’t they witty and know how to make a good use of anything to make people understand the importance of following laws and rules? Surely they deserve a big round of applause for this! What do you say?

Phoenix Marketcity, Kurla Has Turned Into A Floral Paradise. You Surely Cannot Miss Visiting This Place
Robin Uthappa Got Trolled In The Most Epic Way For Slow Batting During KKRvsMI