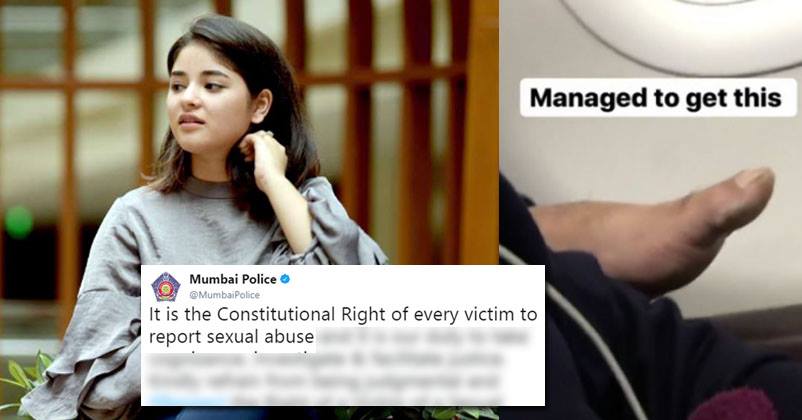 It’s been more than a week since 17-year-old actress Zaira Wasim went live on Instagram and reported the case of harassment. In a matter of few hours the issue caught fire and everybody was talking about. 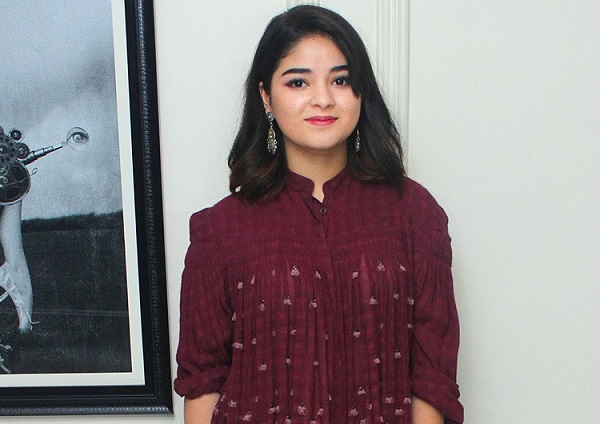 The internet got divided into two sides. There were people who appreciated Zaira for coming out in open and there were others who alleged her for falsely accusing the person.

The matter soon turned into a huge debate. The wife of accused came out and said her husband was not at fault. Even a co-passenger supported the accused and said that Zaira Wasim was wrong in accusing him.

Amidst all this, the much-awaited stand of Mumbai Police is out. As we all know the department is quite active on Twitter and makes it a point to talk about all the issues that are relevant to social media, they have put up their stand on the infamous harassment issue of Zaira Wasim as well.

It is the Constitutional Right of every victim to report sexual abuse and it is our duty to take cognizance, investigate & facilitate justice. Kindly refrain from being judgmental and #Respect the Right of a Victim of a Sexual Assault

It is the Constitutional Right of every victim to report sexual abuse and it is our duty to take cognizance, investigate & facilitate justice. Kindly refrain from being judgmental and #Respect the Right of a Victim of a Sexual Assault pic.twitter.com/sb6QRx2iNI

They also posted a picture note which read as-

Respect The Rights Of A Victim (Minor) Of Alleged Sexual Assault

We have observed in the last few days, that much has been written and spoken about the case of alleged molestation of a 17-year-old girl on a Delhi-Mumbai Flight on the night of 9th December, 2017. Most of the conclusions drawn seem to be without appropriate knowledge of the facts of the case and based on hearsay.

You must be aware that, since the girl is a minor, the case has attracted provisions under the POCSO Act, which imposes certain restrictions on all of us in our discussions on an open platform. Besides, we should also be sensitive enough in our discussions keeping in mind the agony, the minor victim must be going through.

Our action against the accused is backed by sufficient evidence against him and it has been under the scrutiny by the court of law. It is our request to all citizens and netizens, to exercise restraint while writing or speaking about the case of sexual assault on a minor without proper knowledge of the case.

Mumbai Police’s statement has received a grand response from Twitterati. Some major personalities loved it, while other people looked disappointed. Have a look-

And what about basic human rights? Today @MumbaiPolice is treating an accused under #POSCO worst than a TADA criminal. All at the insistence of @SwatiJaiHind and DCW. pic.twitter.com/o9Vl6jmMN1