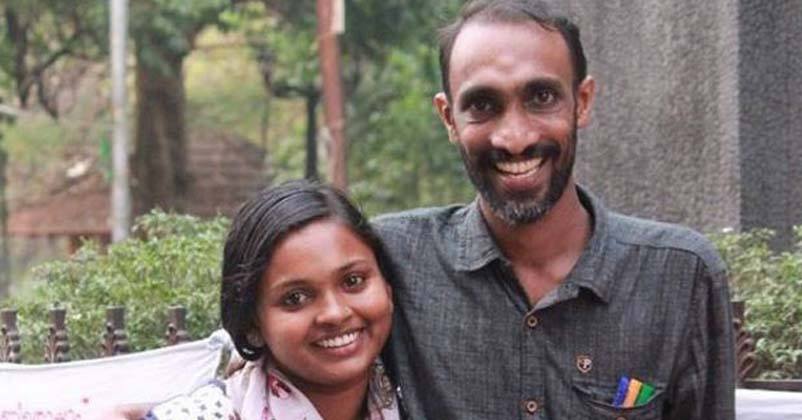 Few Indians are not much kind towards inter-religion couples and an incident that has taken place in Bengaluru compels us to think once again as to why we are still so narrow-minded.

Shafeek Subaida Hakkim and Divya DV, a married couple from Kerala, visited Bengaluru for some work and decided to take a room in hotel Olive Residency which is in Sudhama Nagar. However, they were refused accommodation by the receptionist as he was not ready to believe that a Muslim man and a Hindu woman can be husband and wife. This is what Shafeek told a news portal,

“He noted the names in the register and then realised that I am a Muslim, while my wife is Hindu. He asked us if we were married as we follow different religions. When I confirmed that we were in fact married, he refused to give us a single room saying that it is not acceptable for a Muslim and a Hindu to stay together.”

“The receptionist just kept saying that since I am a Muslim and Divya is a Hindu, he could not give us a room together. It was already 7 am and Divya had an interview at 2 pm. We were helpless and shocked. We could not waste any more time arguing with the man and decided to look for a room in another hotel.”

The receptionist didn’t move from his stand despite the threat of police complaint given by the couple. When the receptionist was contacted by the news portal, he said that he was doubtful of their marriage. “His ID said Shafeek, her ID said Divya. That’s why I got suspicious, and I told them I wouldn’t give them a room and sent them away. We don’t give rooms to Muslims and Hindus who come together, because what if they go into the room and hang themselves… Why do we need that trouble?”

When he was asked as to why he thought that the couple would commit suicide, he said,

However, while talking to ANI, the receptionist changed his statement and said that the issue was with luggage and ID proof and not of their religions.

There was a problem of luggage and ID proofs, we did not refuse the room because of religion: Kalluria,Receptionist of hotel #Bengaluru pic.twitter.com/b5smT0qON0

The unfortunate incident has not gone well with the online community and they had started giving low ranking to Olive Residency in Google Reviews.

24-YO Guy Found Dead Near The Mumbai Sea Link After His Ex-Girlfriend Got Engaged To Another Guy
Sikkim Standoff: ‘China Must Teach India A Bitter Lesson’, Says Chinese Media!