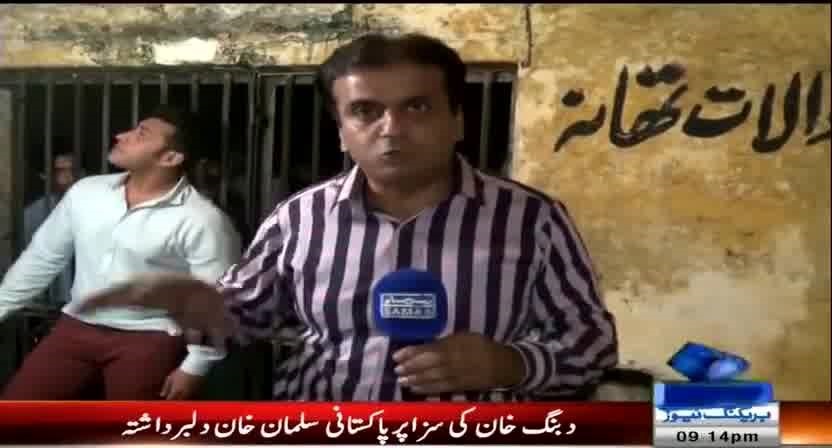 Undoubtedly, there is no dearth of Salman’s fans in India but you will be shocked to know that there is one greatest fan of Salman Khan in Pakistan who exactly looks like him. Not only this, he is also a Dabangg policeman and lives life like Chulbul Pandey. At the same time, it will stun you to the core that hearing the news of Salman conviction, he went to jail and requested to be arrested. On asking the reason, he said that since his Salman in behind bars, how he can roam freely; he too wants to be imprisoned and go through all the sufferings which Salman has to endure.

Must watch the video!

In the video, you can see how much overacting he does that will make you go ROFL. But really Hats Off to this Fan of Salman who has the guts to go to this extent for the sake of his love for the actor.

What do you think about this Pakistani Salman Khan? Do you feel it’s a publicity stunt on his part or is he really a genuine Salman crazy fan? Share your views regarding the video in your comments!

AIB Is Back With Bang – Watch This Hilarious Video Of Honest Arranged Marriage In India
SHOCKING: Must Watch- These People Don’t Know Who Is Narendra Modi & Say Adolf Hitler Is A Sexy Personality