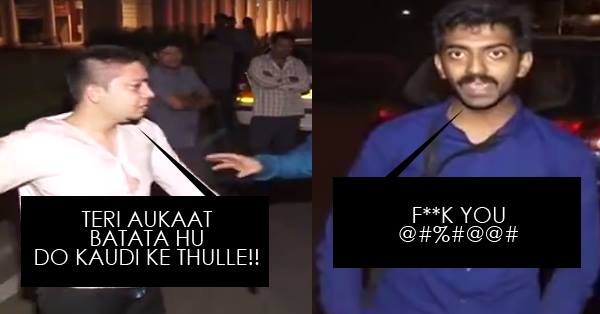 Drunk driving is on the rise in the country even after so many initiatives and advertisements on the matter. On being caught, people try to have all lame excuses and evade punishment. Some try to show their power of money or politics and evade the same.
A video vent viral where a group of drunk lads abuse and scuffle with the cops at New Delhi. It is a raw footage of ridiculous behaviour and how they show off their daddy’s power. The video also gives a message that money does not define one’s status, the real status is defined by their actions. Look at the video and decide for yourself what is the real status of the guy in the video.

Is this the correct way? Do we need stricter laws or we need proper implementation? Leave your opinion in comments below.

Do Girls Check Out Guys? Check Out These Awesome Responses From Delhi Girls
Man Killed His Wife Brutally By Damaging Her Private Parts After She Refused To Have S*X