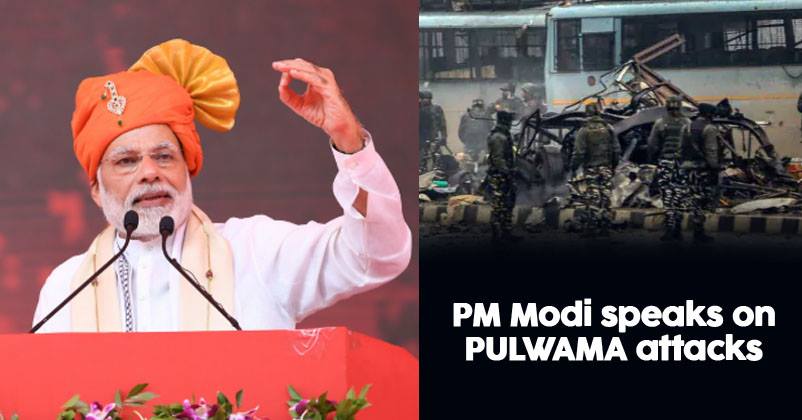 After the Pulwama incident, the nation has seen several kinds of reactions internally. While the public has raised crores of money to help the CRPF Jawans’ families, there’s also a great outrage and Kashmiri public has faced the consequences.

In several Indian states including Delhi, the Kashmiri students and people have been attacked and that’s something which has put the nation to shame.

Recently while speaking at a public rally in Rajasthan, PM said that our fight is against terror and not Kashmir or Kashmiris. He suggested people to not attack Kashmiris and instead protect them.

PM Modi also said that incidents like these empower the bharat tere tukde honge gang and hence we should not do such things. He said that Kashmiri youth is already a victim of terror and every child of Kashmir is with India against the terror.

Now that’s something really worth taking note of. We appreciate what Modi ji just said about the incidents.