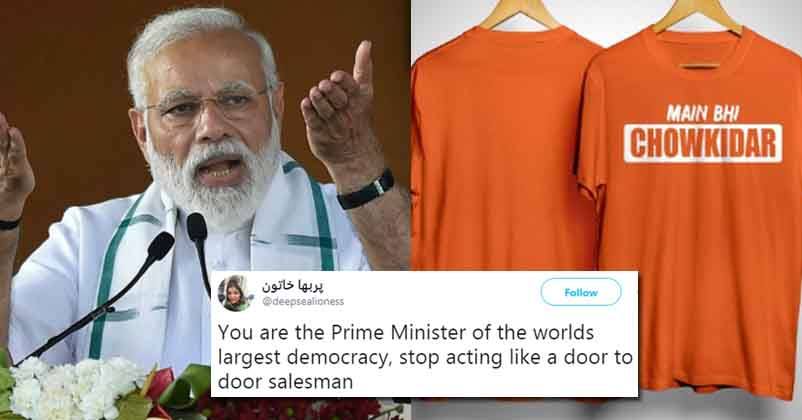 The Lok Sabha elections are going to be held soon in India and all the political parties are in full swing for campaigning their candidates. Indian Prime Minister Narendra Modi has always called himself a watchman (Chowkidar) and promised the country that he will neither indulge in corruption nor let anyone else practice it.

However, the opposition parties accused him of being involved in corruption and gave a slogan “Chowkidar Hi Chor Hai” which loosely translates to ‘watchman is a thief or robber’. In order to make people believe that he is true to his words, PM Modi added Chowkidar before his name on his social media accounts.

Soon all the supporters and political leaders of BJP followed him and added Chowkidar before their names on social media accounts. In order to make campaign more popular, merchandise is also being sold online which includes T-shirt and PM Modi has himself shared a tweet about it, asking his followers whether they have ordered it or not. 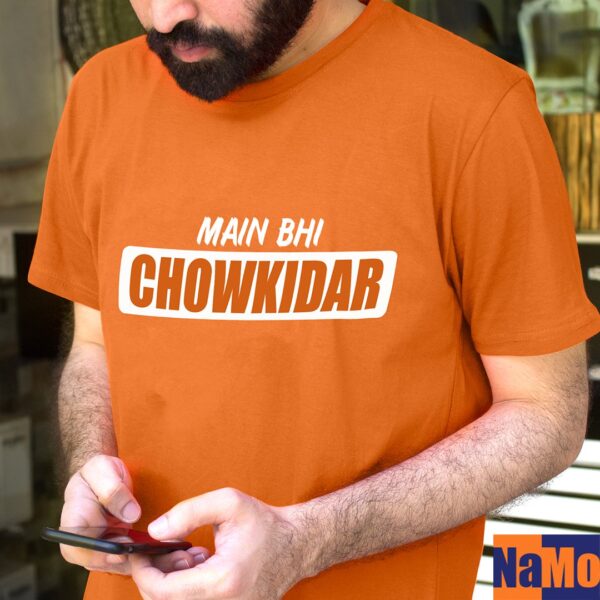 The official Twitter handle of NaMo Merchandise shared a pic of the T-shirt and wrote,

India is showing its support for NaMo Again with Main Bhi Chowkidar T-shirts!

Get your own at http://bit.ly/namo_again  or on the NaMo App at http://nm4.in/dnldapp”

Phir Ek Baar, NaMo Chowkidar!
India is showing its support for NaMo Again with Main Bhi Chowkidar T-shirts!
Get your own at https://t.co/6Czw3BXYBr or on the NaMo App at https://t.co/TQbP2KsOFF pic.twitter.com/ZKbfIFIehV

PM Modi retweeted it with caption,

“The #MainBhiChowkidar programme on the 31st will look even better with the attractive merchandise!

Have you ordered yours?”

The #MainBhiChowkidar programme on the 31st will look even better with the attractive merchandise!

Have you ordered yours? https://t.co/HVgLzNyClq

After this tweet, social media users trolled and slammed Modi for selling T-shirts despite being the Prime Minister of a country. Here are some of the selected reactions:

You are the Prime Minister of the worlds largest democracy, stop acting like a door to door salesman

What an embarassment this PM is. Always in a salesman mode.

I seriously doubt if the PM even knows that he has a @verified @Twitter account and someone from IT cell is tweeting from the @narendramodi account. No self-respecting PM would peddle merchandise from his account.

I mean this is ridiculous. All that was left for me to see was my Prime Minister sell merchandise in favour of his election campaign. @narendramodi जी प्लीज. आप प्रधानमंत्री हैं, सेल्समेन नहीं 😥😥😥

Don’t want, thanks. No, not even for free. Sorry bye. Arey jao na, green light ho gaya hai, jaane do.

Subramanian Swamy Says He Can’t Be A Chowkidar Because He Is A Brahmin. Twitterati Is Angry
An Open Letter To That Politician, Who Think Rapes Happen Just Because Women Exist.